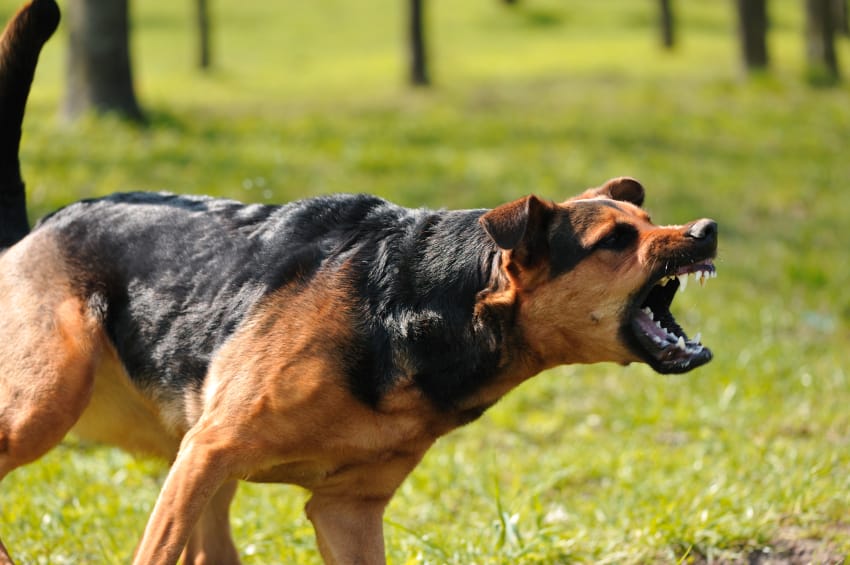 Are you Experiencing Dog Aggression Toward People?  Curbing it may be easier than you think.

Almost 20 percent of dogs surrendered to shelters are there due to their aggression towards people.  Aggression in dogs takes on many forms and has just as many causes.  As dog owners, we rarely understand the reason for aggression in dogs and view the behavior as something that is not likely to be rehabilitated.  Owners looking for help or advice understanding or dealing with dog aggression are often times presented with the same solution.  As an example, I received this email today from an owner experiencing aggression from her dog for the first time at her veterinarians office.

I entered the vets office with Max.  There were two men and one woman in this small office reception area.  He gave me some problems keeping him in the sit mode…got a little antsy, then  he did begin to growl at these people….I tried to correct him, he would then stop but he would began to do it over again.

After the vet and the other man finished up their conversation . The vet said to me, ” You have a dog there that is going to end up hurting someone, he is dangerous.   I will do whatever you want me too, if you want him neutered, that’s what we will do.”  I replied, “Well Doc. What do you feel like I need to do?”  “PUT HIM DOWN“, he replied. Let’s take a look at Rico!  He is a four-year-old, male German Shepherd that had an almost three year history of severe aggression. Rico would growl, bark, snarl and even bite whenever you got near his kennel. Attempting to get near his food or doing anything in general that he did not approve of also created the same reaction.  He had bitten several people, some to the point of hospitalization.  Rico was “so far gone” that only one person working at the facility could go into his kennel and take him out.  This particular person had been bitten by Rico numerous times, a few of them severely.  The video below first shows Rico in his kennel when we first met him.

Later in the video, you can see how Rico responded to a new person entering his kennel a few weeks after training.  The aggression with Rico didn’t take months or years to correct.  As a matter of fact, the aggression was successfully treated in a matter of a few days with consistency and clear communication.  Although most cases of aggression are not fixed this quickly, most all cases, even the worst cases, can be rehabilitated.  If you are considering euthanizing, rehoming or surrendering your dog for aggressive behavior toward humans, STOP!  Consider training and behavior modification as an alternative prior to making these decisions.

At Highland Canine Training, LLC, we specialize in rehabilitating dog aggression in even the worst cases. If you need help or advice in treating dog behavior problems with one of your existing pets, please feel free to call us at 866.200.2207 or email us at training@highlandcanine.com.  We offer free in-home evaluations and offer affordable and effective solutions to all dog behavior problems.  This article is the third in a series of information on Treating Dog Behavior Problems.  Be sure to follow the links below to learn more about the topics in this series.