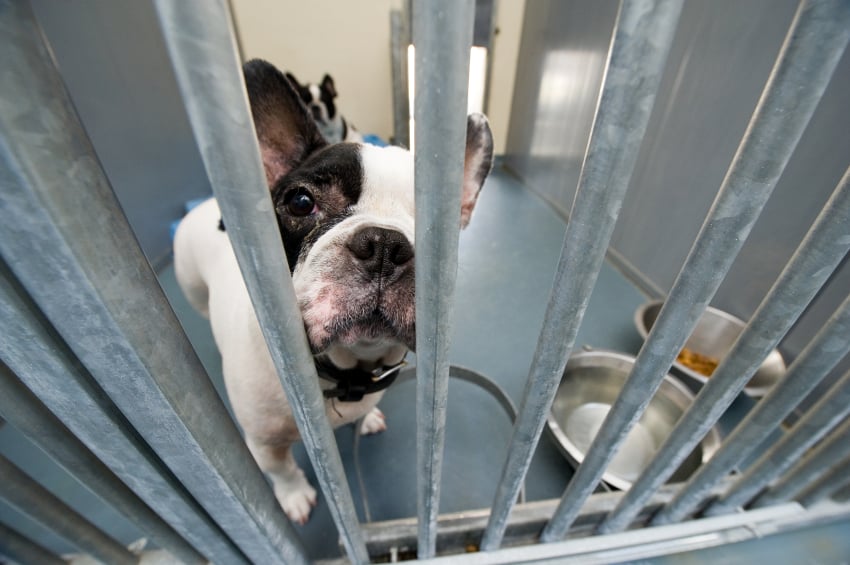 Dog owners often struggle with treating dog behavior problems which can often result in dogs being re homed, turned over to a shelter or even euthanized.  Five to seven million companion animals end up at animal shelters in the United States annually, and approximately half of these are pets that are being given up by their owners.  According to recent figures, about one-third, 30% of dog owners who give up their pets to an animal shelter do so because of the dogs’ perceived behavior problems.  An overwhelming majority of the behavioral problems listed by owners surrendering their dogs to shelters are easily resolved through obedience training and an effective behavior modification program.  Many of these dog behavior problems can be effectively resolved, and some in as little as one session, with a professional dog trainer. When purchasing a puppy or adopting a dog from a shelter, people rarely consider the time and cost of training.  Not all owners need the help of a professional trainer to accomplish the goals they are looking to achieve with their dog, but many owners do not know how to effectively communicate with their dogs or reinforce good behavior.  For these dog owners, professional training can be an investment that is life saving.  For example, over thirteen percent of people relinquishing dogs to animal shelters do so because they describe the dog as disobedient.  Often, dogs are considered to be “disobedient” simply because they do not understand or have never been taught to perform the behaviors that the owner wants.  Jumping on people, counter surfing, pulling on the leash and barging out the door are often considered disobedient behaviors by dog owners. These issues, however frustrating, are not considered behavior problems and can quickly be fixed with good communication and professional dog training. Almost ten percent of dogs surrendered to shelters are due to soiling the house and housebreaking problems.  Housebreaking can be confusing and difficult for new owners, but is generally easily resolved by making a few environmental changes and developing a reasonable housebreaking schedule.

This is the beginning of a series of articles to explore each of the reasons that dog owners relinquish their pets to the shelter.  In this series, we will give advice and tips on preventing and treating dog behavior problems in hopes of assisting dog owners and reducing the number of dogs that are being surrendered to shelters.  Be sure to subscribe to our blog to get updates on these upcoming articles.  If you need help or advice in treating dog behavior problems with one of your existing pets, please feel free to call us at 866.200.2207 or email us at training@highlandcanine.com.  We offer free in-home evaluations and offer affordable and effective solutions to all dog behavior problems.  This article is the first in a series of information on Treating Dog Behavior Problems. Be sure to follow the links below to learn more about the topics in this series.

Introducing Clicker Training to Your Dog

Why Your Dog Pulls on the Leash

Why Pets are Returned to Shelters