Enhancing our world through high-quality working dogs for conservation

At Highland Canine Training, LLC, we provide training for conservation detection dogs to help in the global fight to protect endangered species and reduce wildlife crime. We passionately believe in using the unparalleled skillset of canines at the forefront of efforts to protect our planet.

We often read distressing stories in the media regarding threats to our wildlife. Several species across the globe are becoming increasingly endangered as a result of environmental changes (such as climate change), or societal impacts (such as wildlife crime). These problems need proven, workable solutions to help preserve our planet’s fragile ecosystem.

Our team of expert dog trainers are proud to assist in these efforts by training conservation detection dogs for a variety of purposes. These amazing animals are able to utilize their sense of smell to help researchers, scientists and conservationists to protect our environment.

What are conservation detection dogs?

Learn how canines are helping conservation efforts across the globe

Recently, there has been increased public awareness of the need to protect our environment for future generations and ensure we are living sustainably. The concern is mirrored by recent polling showing three out of four Americans in a recent survey stated that climate change is a crisis or a major problem. Whether as individuals or organizations, our focus on maintaining the health of our planet – and the wellbeing of the species who occupy it – is of paramount importance.

In this ongoing fight to protect our environment and planet, we need an arsenal of useful, dependable tools at our disposal. A new and valuable tool is becoming increasingly prominent – the conservation detection dog. 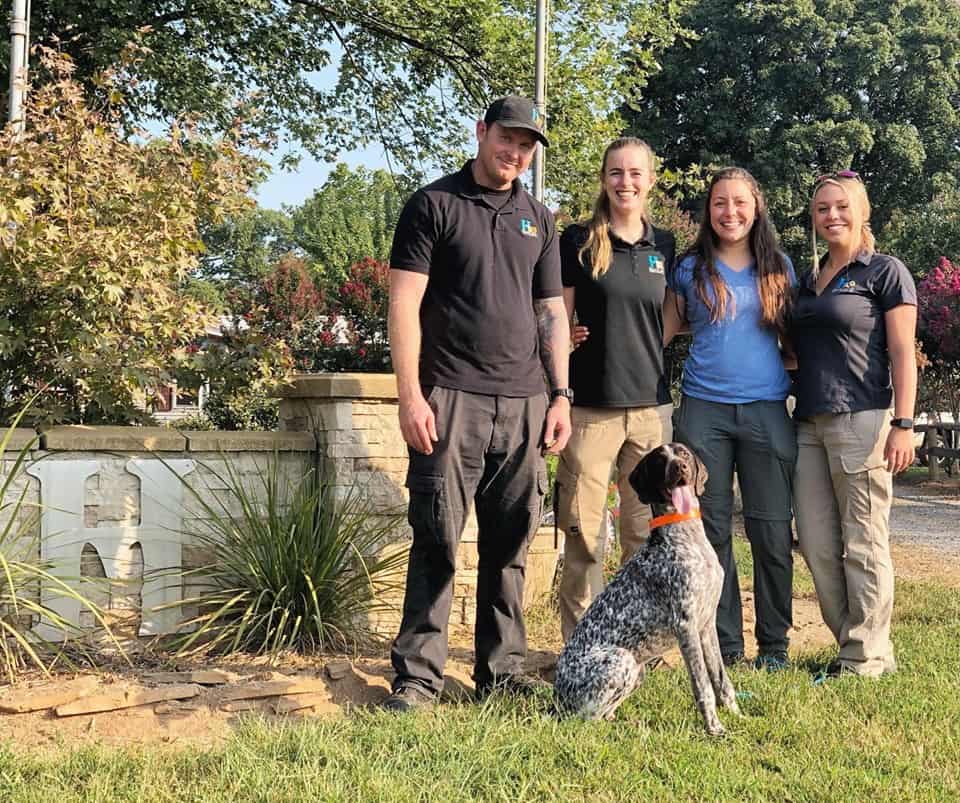 For centuries, dogs have been used for a number of different purposes. More than simply a domesticated household pet, just take a moment to think about the ways canines are able to help humans in various aspects of our daily lives. Whether used by law enforcement to apprehend suspects, trained to help a child with autism, or helping with search and rescue efforts in the aftermath of a natural disaster, dogs have shown the ability to help us in many different ways.

With their proven track record, it is a natural step for dogs to be used to help in conservation efforts. Whether used to track endangered species or learn about environmental changes, their findings can help us understand how our conservation efforts can be adapted to help our planet thrive.

How long have conservation detection dogs been in use?

Discover the history of conservation canines

Conservation detection dogs were originally developed in the mid-to-late 1990s, making them a relatively recent addition to conservation teams.

These pioneering dogs were trained using similar techniques to those used in narcotics detection, locating endangered or threatened animals by scenting their fecal matter. The conservation detection dog has been used to help protect a wide array of animals covering sea, land and air – ranging from orcas on the edge of Vancouver Island, to spotted owls, Iberian wolves and giant armadillos on land masses around the world.

In Africa, teams are training conservation detection dogs to pursue poachers who illegally hunt some of the world’s most iconic creatures. These dogs are another useful weapon available to those who seek to protect the welfare of rare, treasured animals.

You can learn more about the work of conservation detection dogs by listening to Season 1, Episode 3 of the podcast, A Life of Dogs:

Proven training processes to help humans, canines, and the planet

Since our inception, improving the human-canine relationship has been an integral part of our business. There is no greater incentive than protecting our planet for the generations of humans and canines who will follow us.

Using science-led, innovative training methods, our work with conservation detection dogs and their handlers helps conservation teams and researchers to gain a greater understanding in the field. In turn, this helps them to develop effective strategies to improve their conservation efforts.

Our comprehensive training programs ensure candidates for conservation detection dogs are properly evaluated, before implementing a rigorous program to ensure the reliability of the dog to carry out their work. We also provide handlers with training to ensure effective results are achieved when working with their dog.