Creating a Better Life for Abandoned and Unwanted Dogs 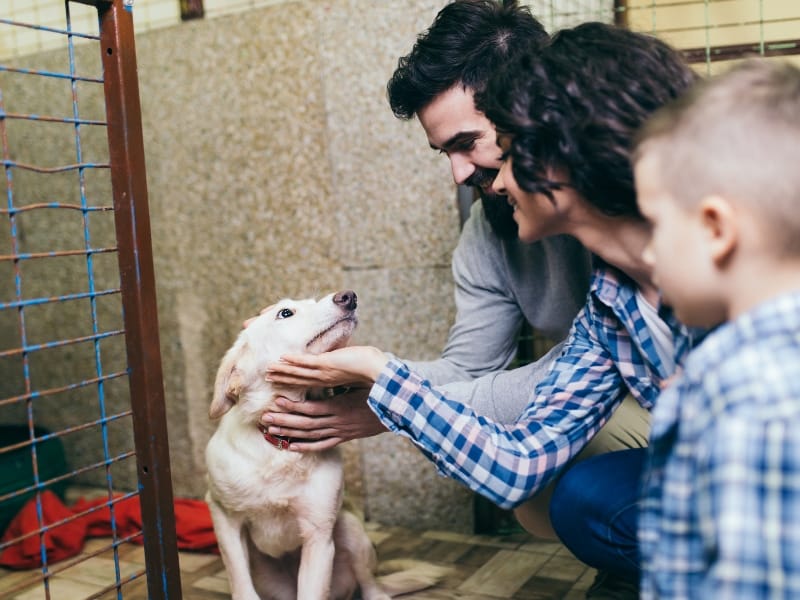 Since its inception, Highland Canine Training, LLC has been committed to making a better life for abandoned and unwanted dogs.  As such, we offer training and behavior modification for dogs from local shelters and rescues. This training and behavior modification is offered free of charge for these dogs to make them more adoptable and to provide behavior modification solutions to keep them from being euthanized. For our Second Chance Program, we only work with one candidate at a time. We typically keep these candidates for 3-6 weeks and work with them here at our NC dog training facility. We are licensed as a Private Shelter by the North Carolina Department of Agriculture and Consumer Services (License #150)  Once a family is selected, we take the time to work with them and their new dog to make sure that they understand their training, how to handle them effectively, how to reward them and correct any mistakes properly. We also assist them in integrating the dog into their new home and offer free follow-up lessons to ensure that their new dog maintains their training.

Our Second Chance Program seeks dogs from shelters and rescues that are difficult to adopt because of issues with; aggression toward humans, aggression toward other animals, phobic behaviors, anxiety, dominance, etc. We are up for the challenge to take on the most difficult dogs. We attempt to recruit candidates that have been in shelters or foster programs for extended periods of time.  All candidates must be current on their vaccinations prior to entry in our program.

All candidates in our Second Chance Program are trained in basic obedience. They are taught to sit, down, stay, come and heel on a loose leash. Often, candidates are trained in off-leash obedience as well. All candidates will complete a rigorous behavior modification program as well as learn to be healthy, relaxed members of their family.

If you are an individual interested in adopting one of our Second Chance Program graduates please feel free to email Magdalena Szymanska at mag@highlandcanine.com.

If you are a shelter or rescue organization who would like to nominate a candidate for our Second Chance Program please feel free to email Magdalena Szymanska at mag@highlandcanine.com.

Here at Highland Canine we love happy endings. When we first found Scooby he was running around on the side of the road extremely emaciated and afraid. Numerous staff members and students dedicated their time to giving him the love that he so desperately needed. One student in particular developed an extra special connection with our skinny pup.

Master Trainer student Charlie decided that she wanted to give Scooby a fur-ever home. They are both very happy and he has gained 8 pounds in the last couple of weeks with Charlie. Charlie says that she would like to train Scooby in trailing, so that one day he can do search and rescue work when they go home to Indiana. We are very happy for the both of you, and so glad that the two of you found each other! 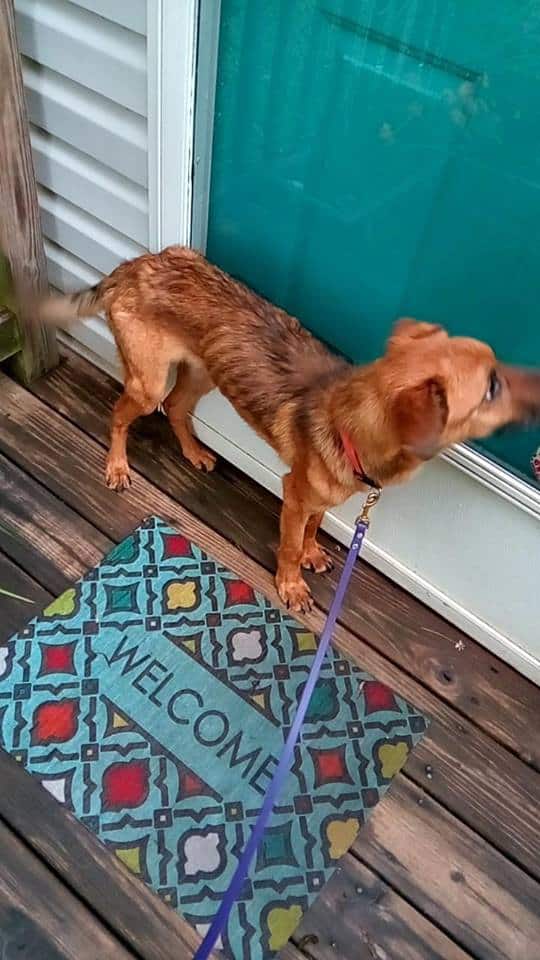 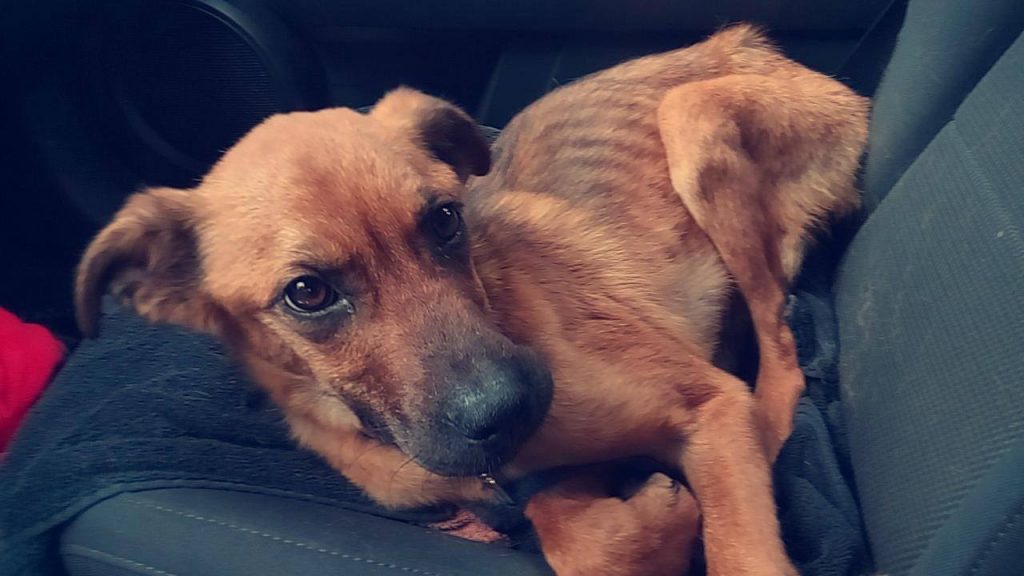 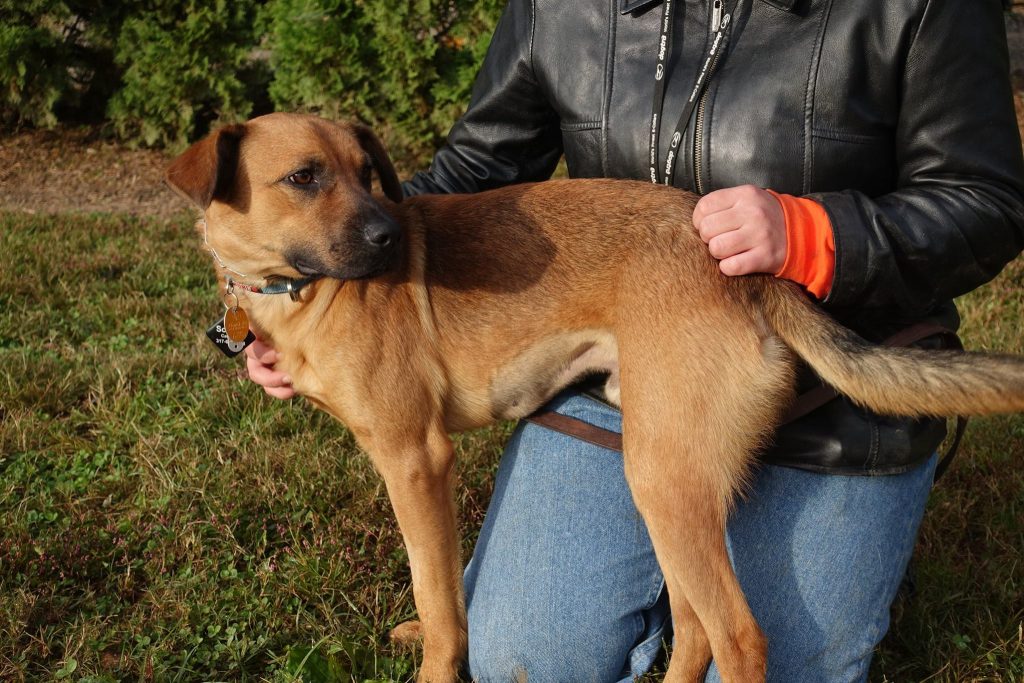 Chance is a Shih tzu that cme through our program after he was surrendered at a local shelter in Catawba County.  His owner brought him in to get a discounted rabies vaccination when.  When the shelter workers saw him, they were appalled by his condition. He then entered our program with both health and behavioral issues.  In the following months, we were able to make major improvements in his overall health and then began to deal with his behavior.  Through his transformation, Chance grew on the owners of the business and as a result, he became the “unofficial “office mascot”. 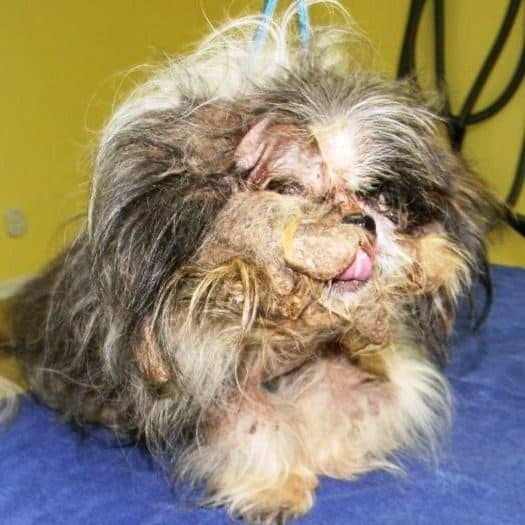 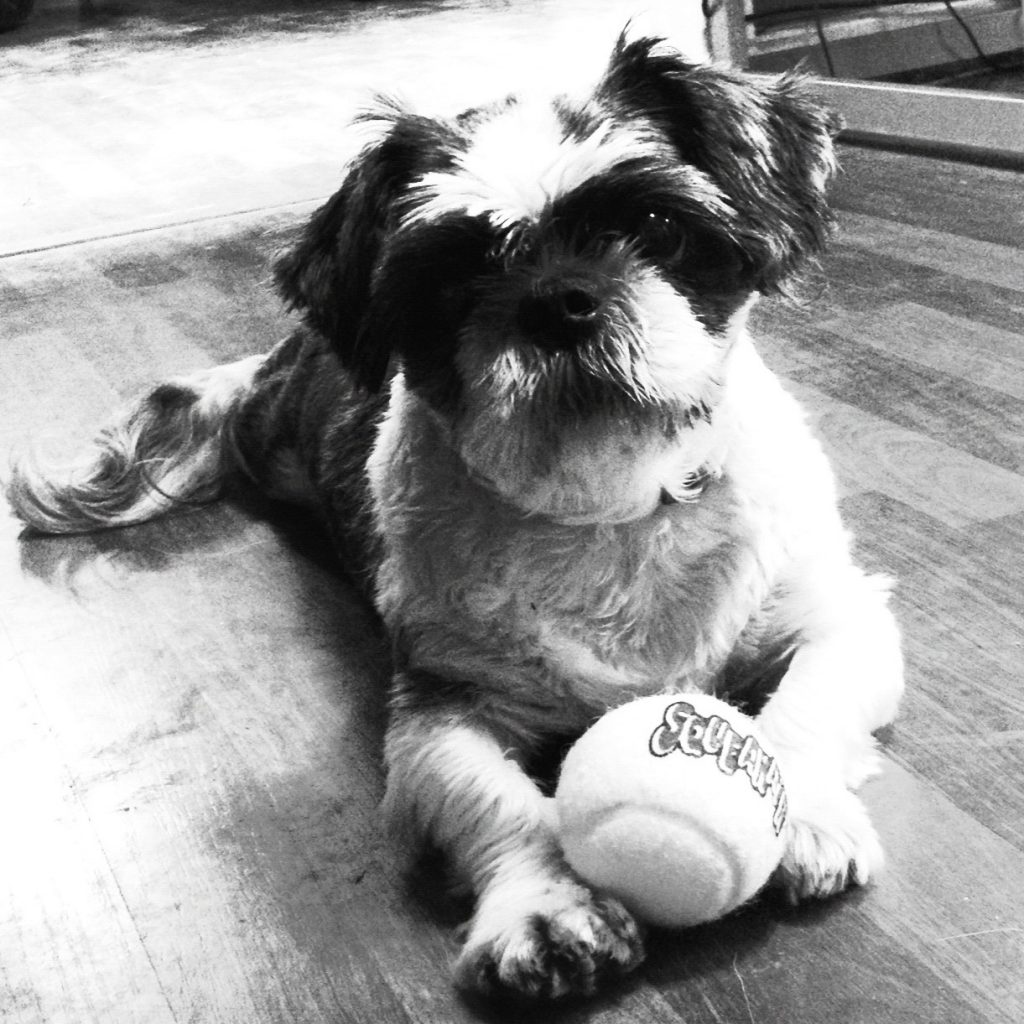 Highland Canine Training recently adopted Aris, a nineteen month old German Shepherd that completed our Second Chance Program. Aris came to us several months ago from Lake Norman Animal Rescue . Aris had been surrendered by his previous owner who had improperly attempted to train his as an “attack dog”. Upon his arrival to our program, Aris weighed in at 63 lbs, was severely malnourished, and guarded every morsel of food before him. He had been abused for months and had lost all trust in humans. If not for our Second Chance Program, Aris would have surely been euthanized.

Aris was a bit difficult to rehabilitate, but with some work and a lot of patience, he again learned how to trust people. He soon learned that hands were used to pet him, instead of hit him and he figured out that he would be fed regularly and taken care of.

We are very pleased to announce that Aris was recently adopted by a loving family in Charlotte, NC. He weighed 94 lbs upon leaving for his forever home. Below is an excerpt of a recent email from Aris’ new family.

Things are going better than we could have imagined. The way Aris is acting, you would never know he was abused. He is a very happy dog. He loves attention, he loves to be petted. He comes over to both Allison and me for attention. When we first got him home it was either that Saturday or Sunday … Allison and I were sitting in our chairs watching TV and Aris tried to crawl into my lap to get loved. Before I knew it he had half of his body in my lap. That night he touched both of our hearts. We were really expecting that he would be a bit stand-off-ish … he has been everything but. He is equally great with both Allison and me.

Well that was last weekend and each day he gets better. We can tell he gets more comfortable each day. He is just fitting right in.

If either of you are in the area, we welcome you to come visit. I know it would make you feel good to see how well he is doing … to see the true benefits of all of your work. Without the two of you, Aris would not be with us today and Allison and me ….. I’d rather not think of everything we have missed, just over the past week.”

Thank you both for saving Aris.

-Ed and Allison B. 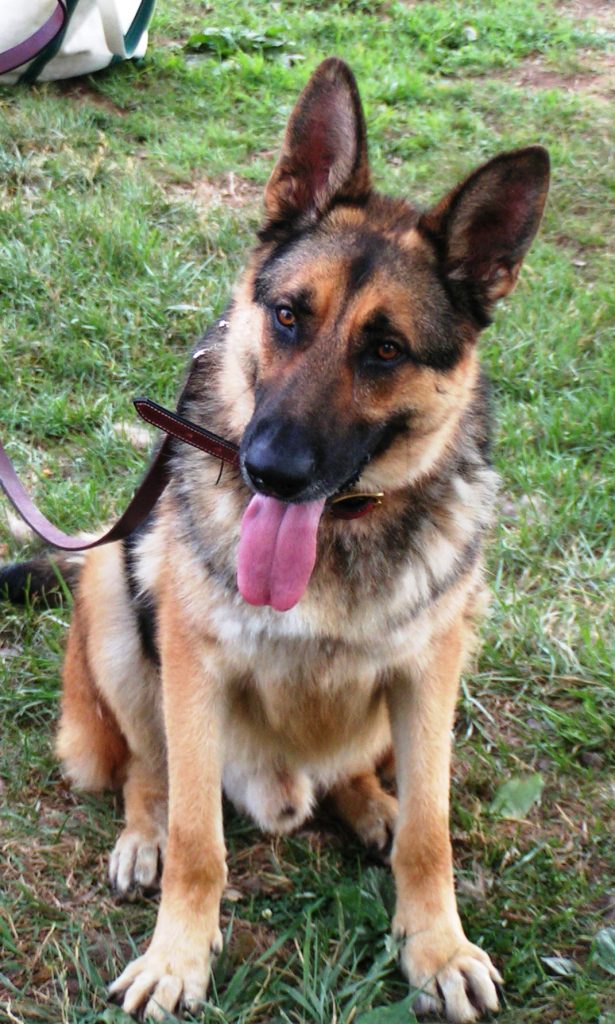 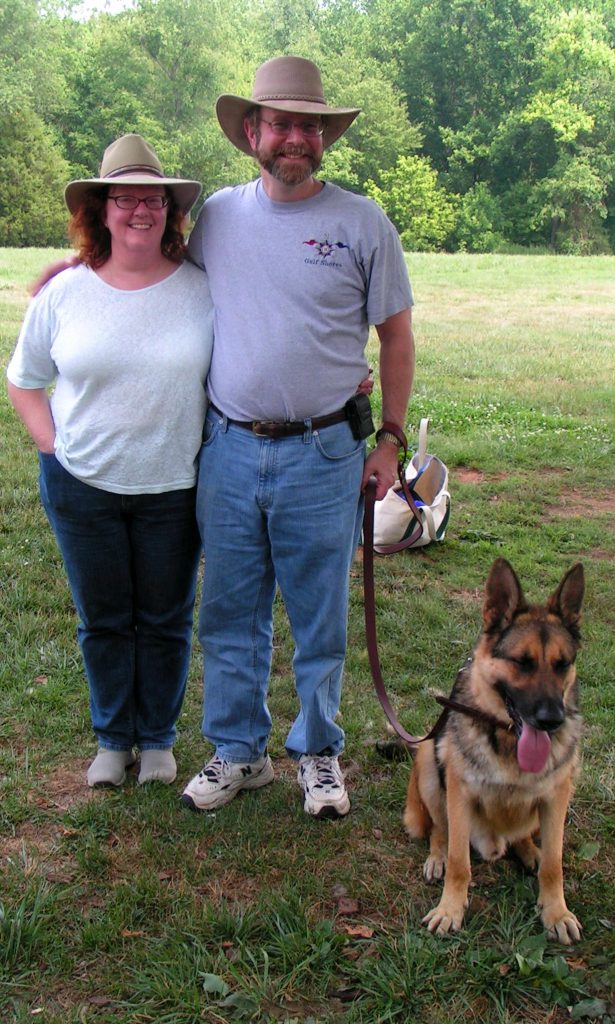 “Amanda” entered our Second Chance Program after she had been shuffled around from home to home where she never was capable of fitting in. She had some aggression issues when she was brought to us by Lake Norman Animal Rescue. After three weeks in our In-Kennel behavior modification and rehabilitation program, Amanda was adopted by a loving family from Statesville, North Carolina. We have received several updates from Amanda’s new owners and they are so pleased with her. Her aggression is now gone and she is able to play and travel wherever her new owners go.

We would also like to update everyone on Bear, the very first candidate for our Second Chance Program. Bear is living happily with his family in Huntersville, NC. As many of you know, Bear was featured in an article in the Lake Norman Magazine. Bear now has a loving family and a playmate named “Prudence” that he plays with very well. Bear is doing well and often returns to visit us when his “parents” go on vacation.

Through our Second Chance Program we have assisted: