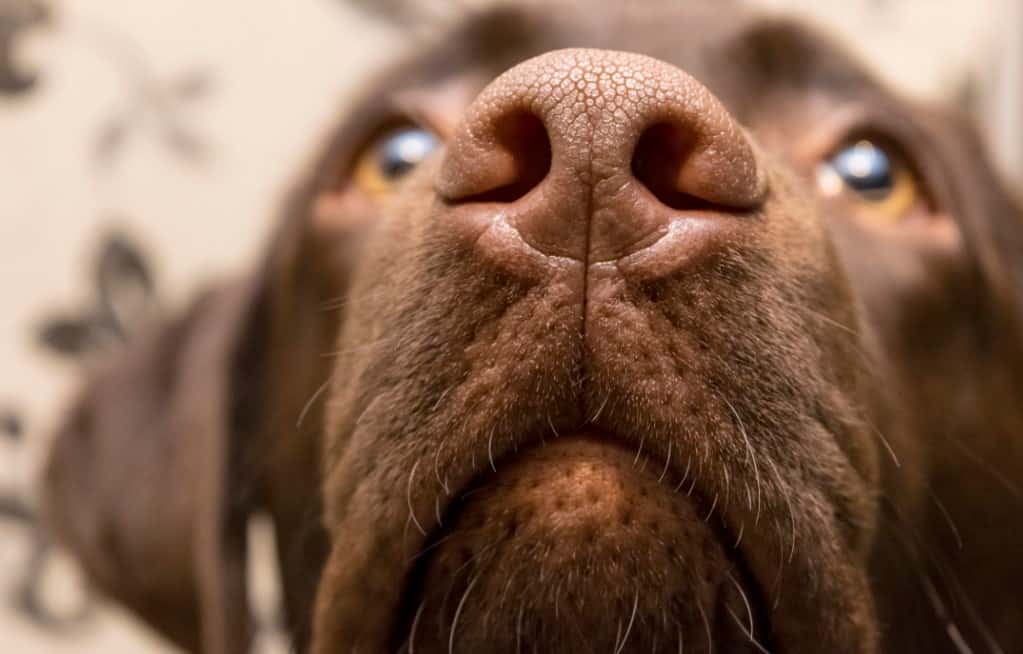 Have you ever thought about enrolling your canine companion in a dog sport? With so many sports to choose from, it can be difficult to narrow down your options, especially if you aren’t sure which skill your dog may enjoy learning.

Scent Work is one option you might wish to consider! A fun and challenging dog sport which is growing in popularity among dog owners in the United States, Scent Work can either be trained for fun or for competition. One of the main benefits of Scent Work is its accessibility – virtually any dog (regardless of age, size or breed) can participate.

In this article, we’ll look at Scent Work in more detail, and demonstrate why this activity might be a perfect fit for your dog!

What is Scent Work?

Scent Work is a sport which allows your dog to harness their innate sense of smell to detect odors. Using the same approach as detection dogs who learn to discern odors such as narcotics or explosives, Scent Work teaches your dog how to identify a variety of essential oils, such as birch, anise and clove.

Dogs use their natural ability to smell to find the odors, and are taught to indicate to their handler when they have found one. Once your dog has been imprinted on the target odors and you get into the habit of practising regularly, you’ll be amazed at its skill in locating the hides.

Although it is solely the dog’s job to locate the odor, Scent Work is a team sport. As a handler, your role is important too. You’ll be the one who helps to build a reliable indication and reward when your dog has found the odor. 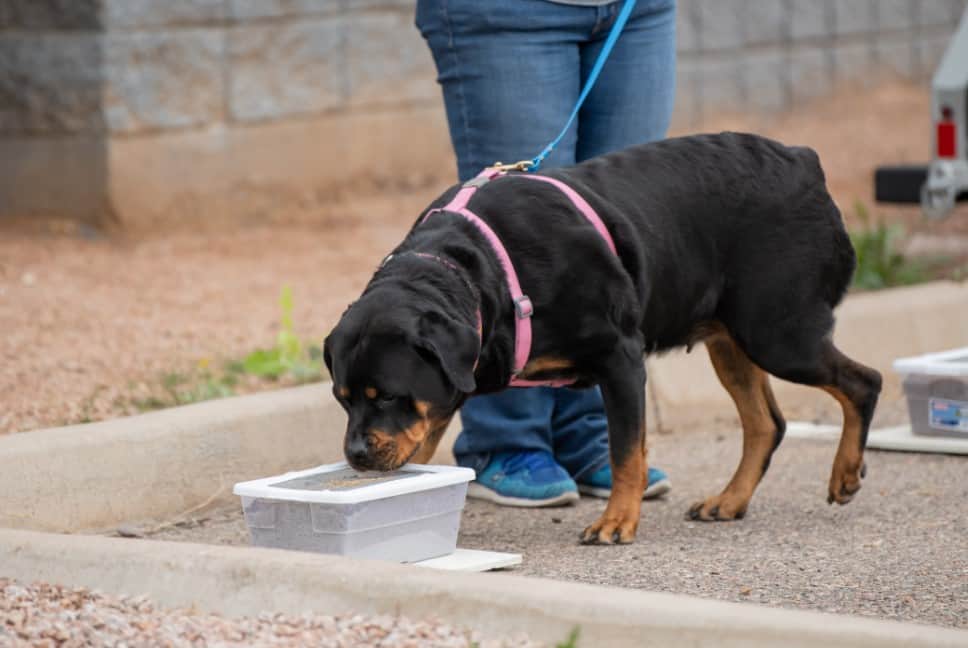 Reasons to start doing Scent Work with your dog

There are several reasons why you might want to enroll your dog in a Scent Work class. Here are four benefits to think about!

By now, we all know the power of a dog’s nose. Dogs possess up to 300 million olfactory receptors in their noses; for context, humans have about six million. Not only that, but a dog’s nose operates very differently from our own. Their nostrils are able to work independently and separate odors. When humans smell a dish like a pot roast, a dog is actually able to identify the individual components such as the meat, the carrots, the onions and the stock.

It might be hard for humans to imagine, but dogs are experiencing the world with a sense of smell that we can’t even comprehend. This explainer video narrated by Alexandra Horowitz (author of the bestselling book, Inside of a Dog: What Dogs See, Smell and Know) demonstrates how dogs see the world through their noses:

Scent Work takes a dog’s capability to locate odors and turns it into an exciting game. Once given the cue to search, your dog will start playing by looking for a specific odor. If they find the odor successfully, you can reward them with a treat! As your dog undertakes more searches, you’ll see their skill level and confidence begin to improve.

2. Any dog can take part in Scent Work

There are undoubtedly some dog sports which require a lot of physical exertion. As one example, search and rescue training can involve dogs running for miles through uneven terrain. Agility courses are a demanding test of a dog’s physical capabilities. Although these dog sports are great for active dogs, they may not be ideal for older dogs, or those who may have suffered from injuries which limit their movement.

Scent Work is different. This sport is accessible to all dogs, regardless of their age, breed or physical ability. This sport is all about the dog’s nose, and doesn’t involve sprinting or jumping over obstacles. Your dog can work at their own speed as they seek out the hidden odor. Even blind dogs or deaf dogs can participate in Scent Work!

Although we often talk about the importance of physical exercise for our pups, mental stimulation is just as pivotal. A lack of mental stimulation can cause your dog to be bored, which often results in destructive behavioral issues.

The sport of Scent Work forces your dog to think about the activity. In order to be successful, your dog will need to concentrate and display focus on locating the odor. As your dog learns its new skill, it will increase in confidence and start to enjoy the Scent Work game. 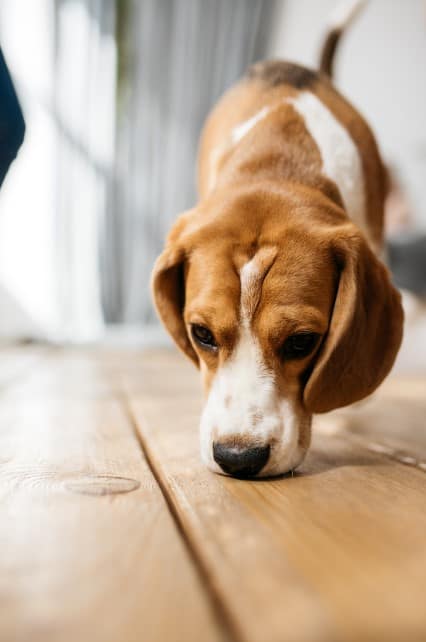 4. You can do it by yourselves!

Some activities with your dog require other people, other dogs or lots of additional equipment to make them work. The beauty of Scent Work? You can do it with your dog in any environment – at home, in the yard, in the neighborhood, at the park – and all you’ll need to bring is the hide containing your essential oil.

Getting involved in any dog sport not only increases your dog’s confidence, but it also builds the bond between you and your dog. It is a team sport – as the handler, you have to rely solely on your dog’s nose to locate the hidden odor. Together, you can build trust with each other and start to work together as a well-oiled machine!

Where to start with Scent Work

There are a couple of ways to get your dog involved in Scent Work.

The AKC has a dedicated page on its website explaining the basics of the sport. If you intend to compete in Scent Work competition events, you can learn about the eligibility criteria and competition regulations.

Overall, Scent Work is a great way to boost your dog’s confidence by utilizing its ability to smell.  If you’re looking for a new hobby you can do with your dog, this is a wonderful activity you can do together!