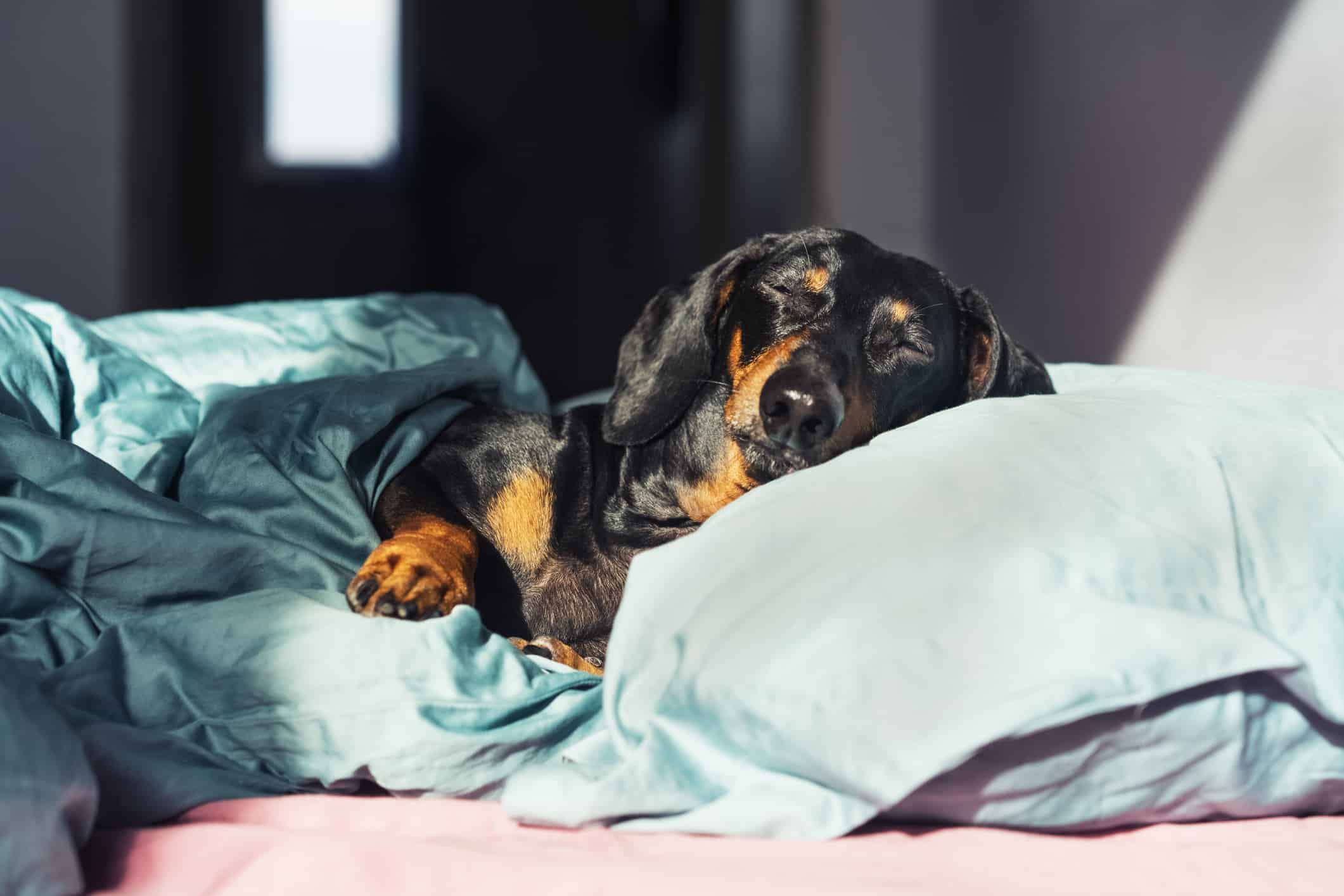 Often misspelled and mispronounced, the dachshund (often referred to as a sausage dog or doxie) is a curious, playful and lovable breed. With patience and training, dachshunds typically interact well with children and animals, and make a great family pet.

In this article, we’ll cover some basic facts about the dachshund, look briefly at the origins of the breed, and answer some commonly asked questions. 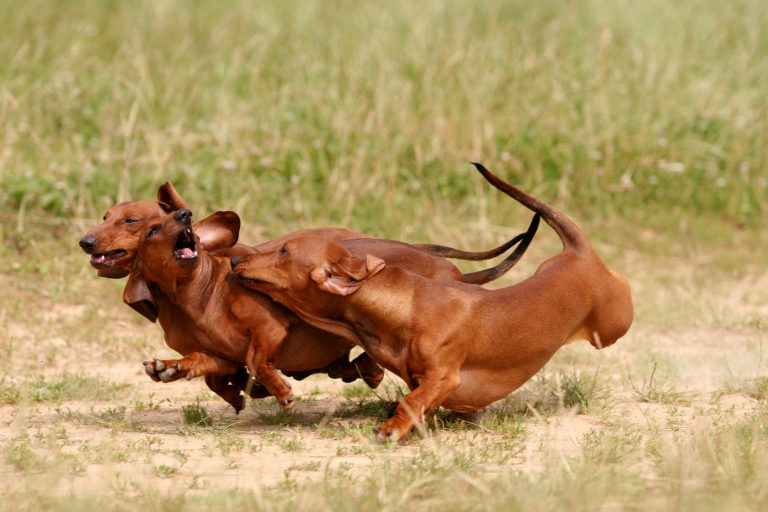 A short history of the dachshund

The origin of the dachshund dates back to the 1500s-1700s, when their main function was to flush out badgers in central Europe (the German word dachshund literally translates as badger dog in English). Due to their smaller size and determined personality, these dogs were perfect for hunting badgers by burrowing through tunnels.

The dachshund was brought to the United States in the mid-19th century and was officially recognized as a breed by the American Kennel Club in the 1880s. This led to the formation of the Dachshund Club of America in 1895 – an institution which still exists today, promoting the well-being and health of the breed.

As time went on, dachshunds evolved into two types – standard and miniature. The standard size dachshund continued to hunt badgers, where as the miniature dachshund was used to pursue foxes.

Dachshunds are now popular choices for family pets, due to their smaller size and high levels of energy. According to the latest AKC registration list, dachshunds are the twelfth most popular breed in the United States. 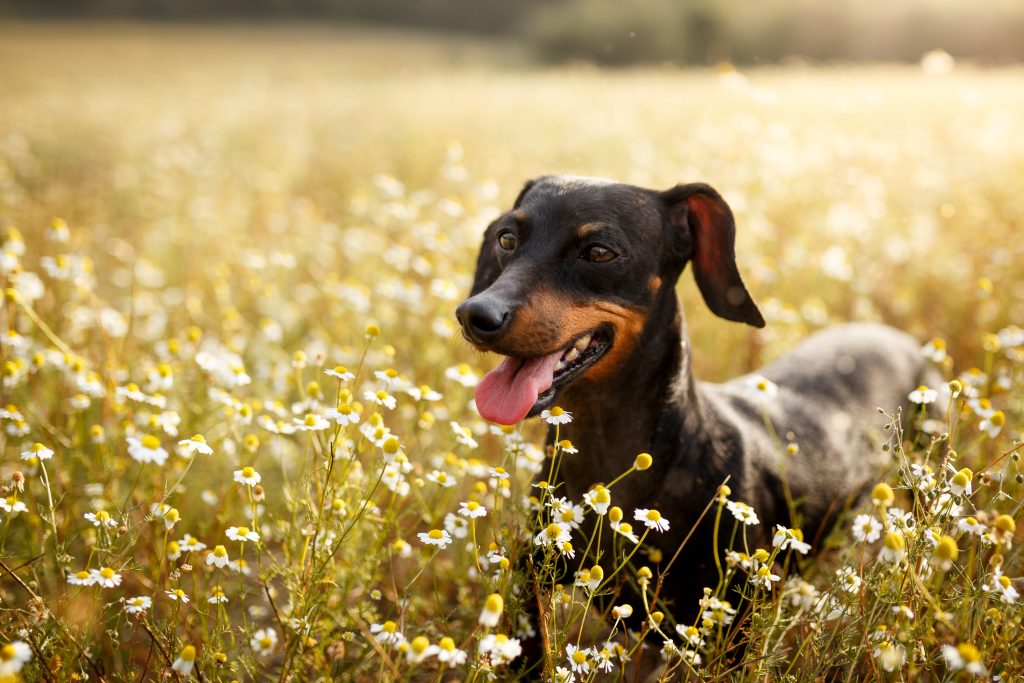 If you’re looking for a smaller dog with a bold and adventurous streak, then the dachshund could be a perfect fit for you. Although they have stubborn personalities and are prone to barking excessively, they can become loyal companions. It is worth noting that dachshunds require plenty of exercise, and a mixture of overfeeding and underexercising can result in obesity. They also love to hunt – and dig – so be careful before letting it wreak havoc in your carefully curated flowerbeds.

While the dachshund can be a great family pet, their protective streak can lead them to become snappy in the presence of strangers. They can also be hard to train and housebreak, but respond well to gentle, positive training. Patience is a virtue with this breed, and the time invested in rigorous obedience training can be rewarded in a well-behaved dog.

How do you pronounce dachshund?

What is the life expectancy of a dachshund?

On average, dachshunds have a lifespan of approximately 12 to 16 years.

Do dachshunds suffer from any health problems?

Dachshunds are unfortunately prone to intervertebral disc disease (IVDD), which affects almost a quarter of all dachshunds. This can cause serious pain, leading to spinal damage and even paralysis. It is imperative that you do not allow a dachshund to jump from your couch or bed to the floor, as this can increase the possibility of injury to their spine.

Dachshunds are genetically predisposed to some aggression because of their hunting background. However, as with any dog, problematic behaviors can be resolved with behavior modification training and ensuring the dachshund is well-socialized (preferably from an early age).

Is a dachshund a good choice for a family pet?

Although they can be defensive around strangers, dachshunds like being in their family environment due to their origins as a pack animal. An untrained dachshund, like any dog, may exhibit rebellious behaviors such as going to the bathroom indoors or chewing on furniture. It is therefore important to invest time in training a dachshund and eliminate the potential for these destructive tendencies.