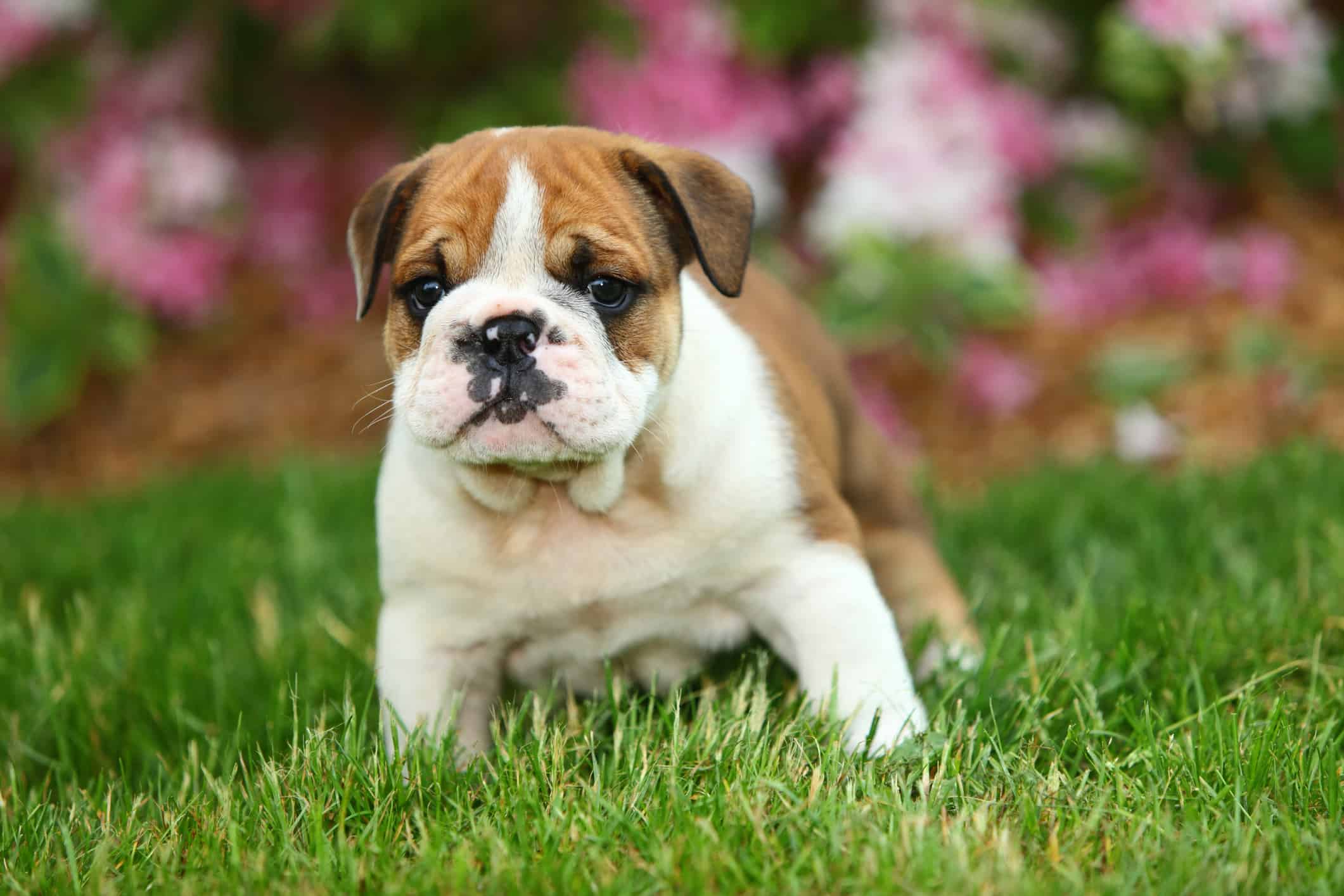 In this article, we will discover the history and distinctive features of the Bulldog while answering some commonly asked questions. 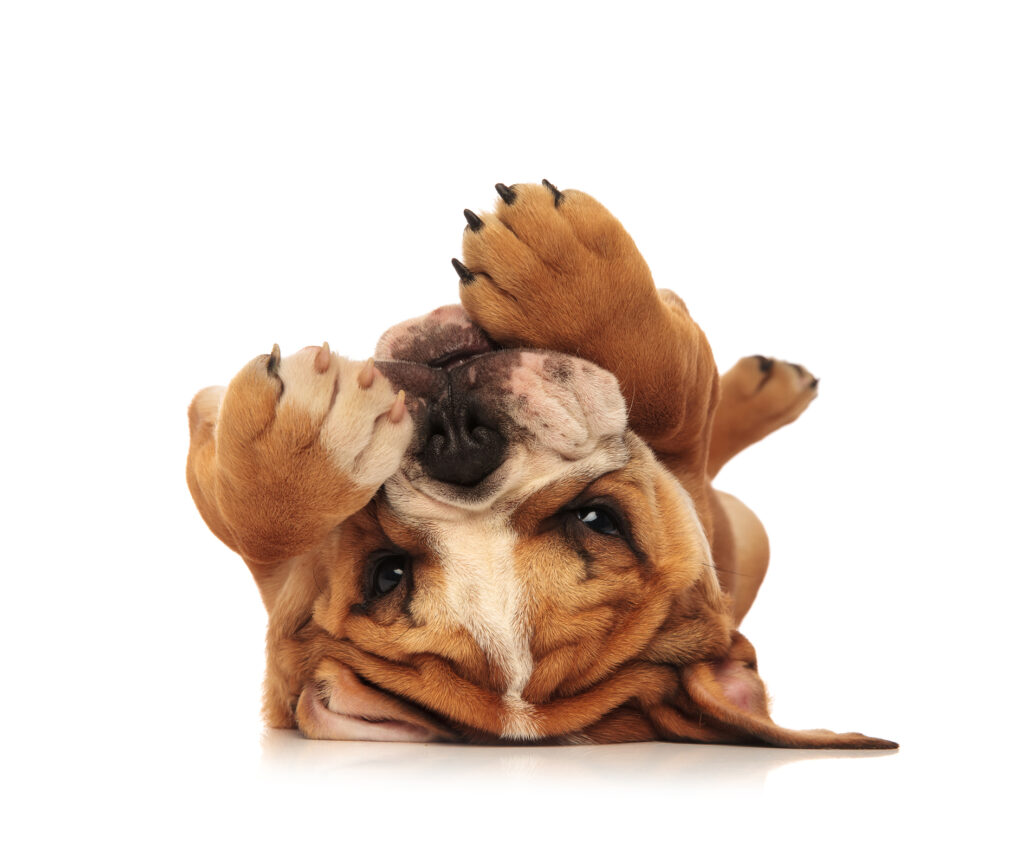 A short history of the Bulldog

The Bulldog was first bred in the 1200s in England. It was originally  bred as a cross between the Mastiff and the Pug for bull-baiting – a game that was popular at the time. As the name of the breed suggests, Bulldogs were used in bull-baiting games where the dogs would creep up to the bulls and bite the head or nose of the bull. This went on until the 1800s, when bull-baiting finally became illegal.

After bull-baiting was outlawed in 1835, the Bulldog lost much of its popularity and actually came close to extinction. Those who still appreciated the breed went on to ensure its survival. Over the years, the breeders replaced fierceness and aggressive behavior with gentle temperament and obedience. A new chapter began for the Bulldog as the breed became more of a companion dog.

Before the ban on bull-baiting, the English Bulldog was already making its way to American soil. Because Bulldogs did not fear bulls, the breed was used for seizing wild bulls in North America. Bulldogs were imported to New York in the mid-1600s as part of a citywide effort to seize wild bulls led by Governor Richard Nicolls. Thanks to the success of the breed, many dog enthusiasts promoted Bulldogs as pets.

During the colonial era, English working-class immigrants brought their Bulldogs with them to North America.  They were mostly used by farmers for guarding livestock. Rather than being used primarily as a working dog, Bulldogs became a family pet and the popularity of the breed increased over time. Shortly enough, the breed saw its recognition by the American Kennel Club in 1886 – two years after the organization was created.

In the Second World War, the British Prime Minister, Winston Churchill, was compared to Bulldogs. Although he owned a Poodle, with his stout body and jowly face, people nicknamed Churchill the British Bulldog based on the striking resemblance. 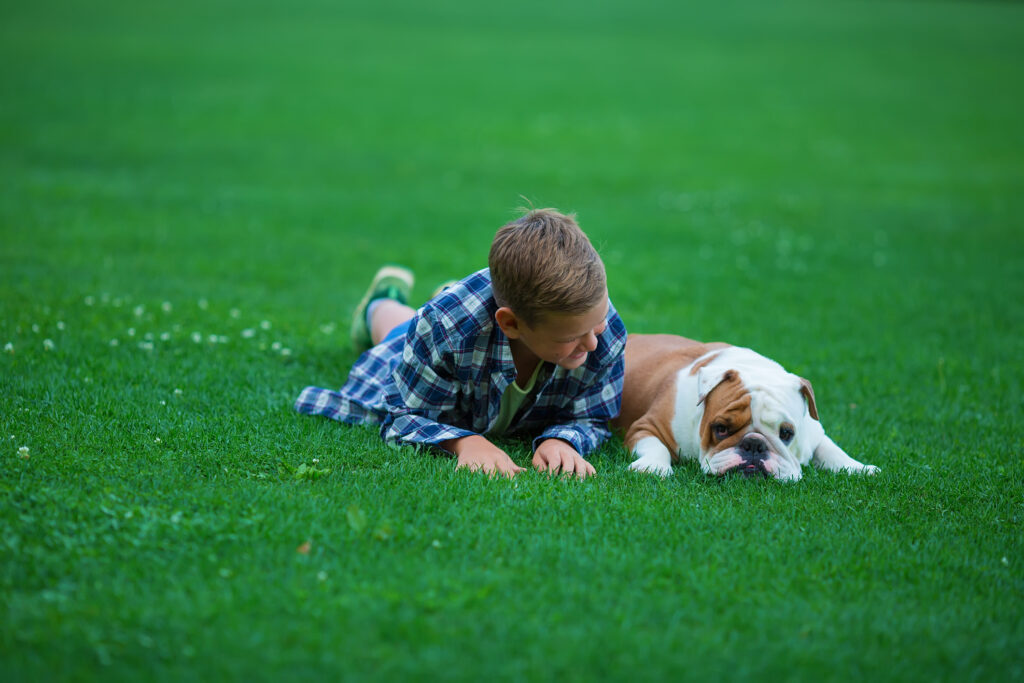 Current uses of the Bulldog

Bulldogs are one of the strongest dog breeds. They can cover short distances very quickly and won’t hold back if they see a threat to the family. Bulldogs may not have the most intimidating bark, but if you’ve ever heard one, you’ll know it is very deep. If the sound of a Bulldog doesn’t scare away intruders, its muscled and tough face surely will.

Bulldogs can be difficult to train. They don’t always execute commands easily, and have no real desire to make their owners happy by doing so. They are very stubborn by nature and will often only perform commands when they feel like doing it. Despite the lack of trainability, the Bulldog is an intelligent dog breed. They form everlasting bonds with family and are very gentle with children. 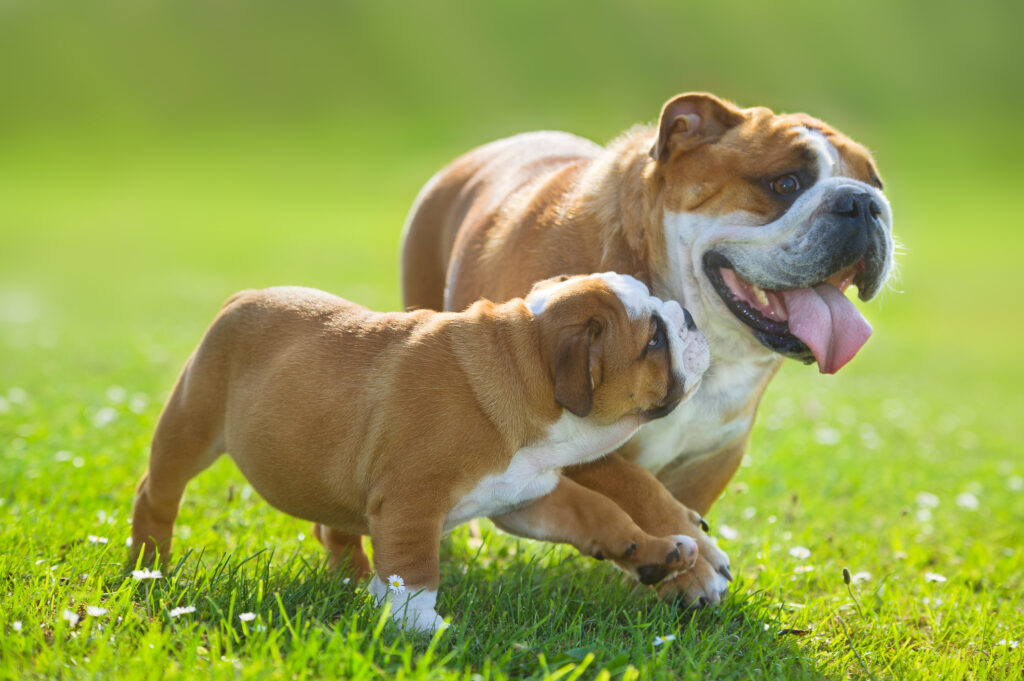 Frequently Asked Questions About The Bulldog

How long does a Bulldog live?

Bulldogs live between eight to ten years on average, but they can show signs of aging as early as six years old. Regular visits to the vet for check ups will help early diagnosis of illnesses that can shorten their lifespan.

What do Bulldogs eat?

A Bulldog can be fed with commercial dry food. Feeding Bulldogs with raw foods occasionally can help their coat contain its natural waterproofness, while also improving their smell. They also love to chew and eat certain vegetables like carrots which are safe for dogs to eat. Before feeding your dog  any vegetable, know what your dog can and cannot eat.

How do you clean a Bulldog's ears?

The ears of Bulldogs can get very dirty. Allergies are common among Bulldogs, and their bodies produce excess wax to fight off the allergens. Clean your Bulldog’s ears with an ear-cleaning solution for dogs by filling the ear canal and massaging gently at the base of the ear.

How do you clean Bulldog tear stains?

Moisten a soft cloth or cotton ball with contact lens solution and gently rub around the eye. You can add a teaspoon of white vinegar or apple distilled vinegar to your Bulldog’s water daily. This will increase the acidity of their pH and prevent bacteria from recurring.

How often should you bathe your Bulldog?

Bulldogs need regular bathing to maintain a healthy coat and skin. You can bathe your Bulldog as frequently as every week, but bathing at least once in every six weeks is a must.

What is the difference between an English Bulldog and a French Bulldog?