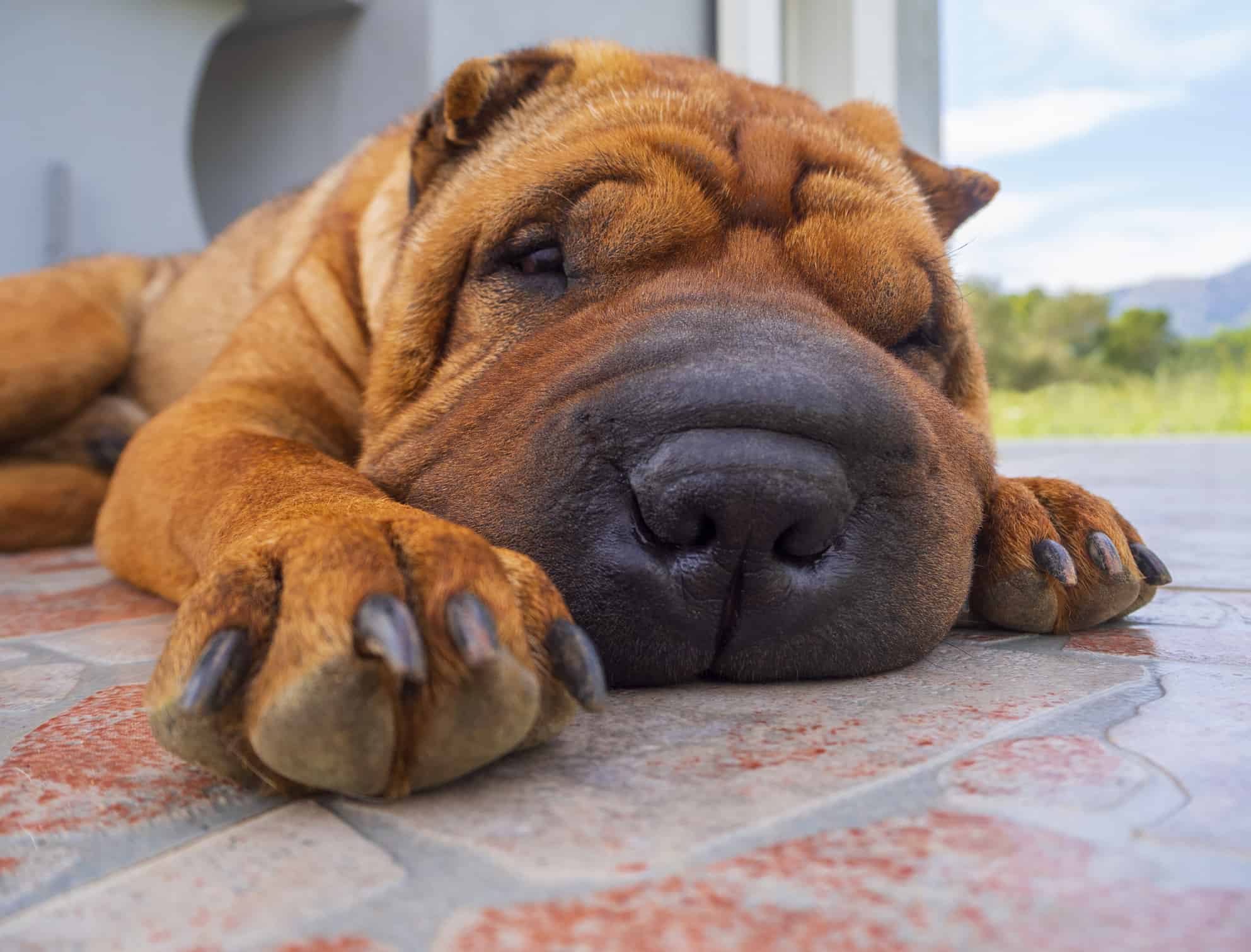 There are few things which spark universal joy quite like a photo of a wrinkly dog as you are scrolling through your social network of choice. With an abundance of folds and creases, these wrinkly dog breeds are becoming increasingly popular among dog owners.

In this article, we’re going to look at a selection of these wrinkly breeds, their history and heritage, and what separates them from one another.

Okay, so when we say ‘skincare routine’, we don’t mean spending your mornings with your pup in front of the mirror applying serums, eye creams and moisturizers. But whilst most dog owners enjoy keeping their dog clean and well-groomed, it is important to note that these wrinkly dog breeds require specialized skin maintenance when compared with other breeds.

The reason is quite simple – because of their loose skin, there are areas of their wrinkly bodies that can attract dirt, dust and other particles. If left unattended, these can cause infection and irritation. To protect against this, you should wipe your dog’s wrinkles and folds multiple times per week (or as necessary – for example, if they’ve been outside rolling and playing in dirt or mud). 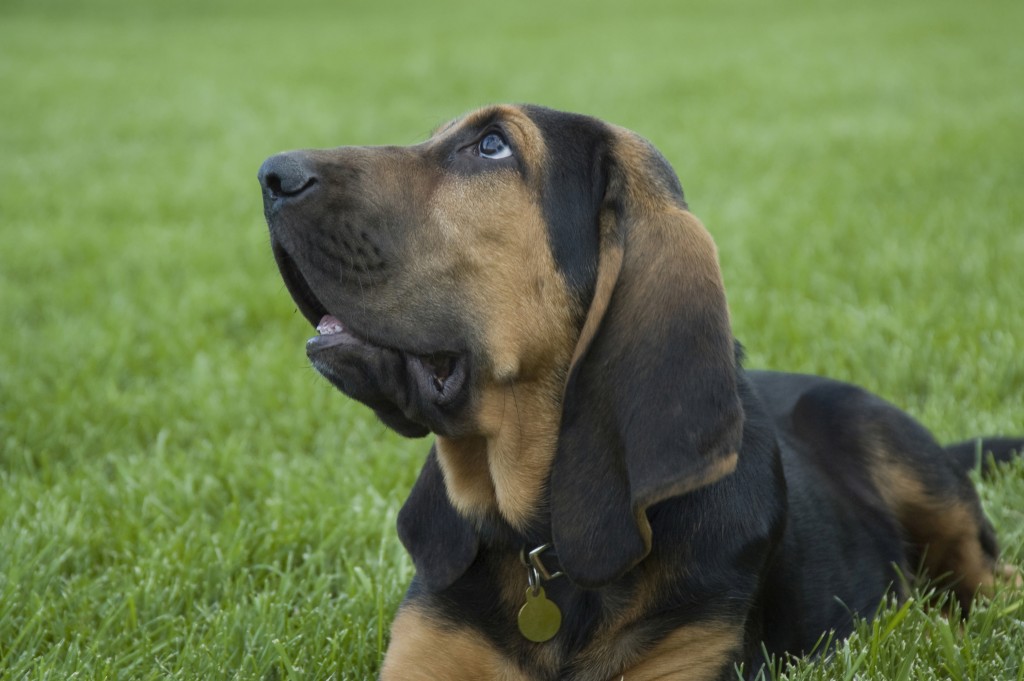 With its droopy ears and distinctive facial wrinkles, the Bloodhound is perhaps most noted for its role as a very capable search and rescue dog.

Although its precise origins are unknown, it is believed that the Bloodhound originated in France or Belgium. The breed first made its way to England in the 1300s, and was introduced in the United States towards the end of the nineteenth century. The Bloodhound was recognized by the American Kennel Club in 1885.

These days, the Bloodhound is commonly used by law enforcement and SAR teams for trailing suspects or missing individuals. They can also make great – if challenging – family pets. Notorious for drooling, you may need to allocate time to wipe the floors and other areas of your home, in addition to taking care of your Bloodhound’s skin. 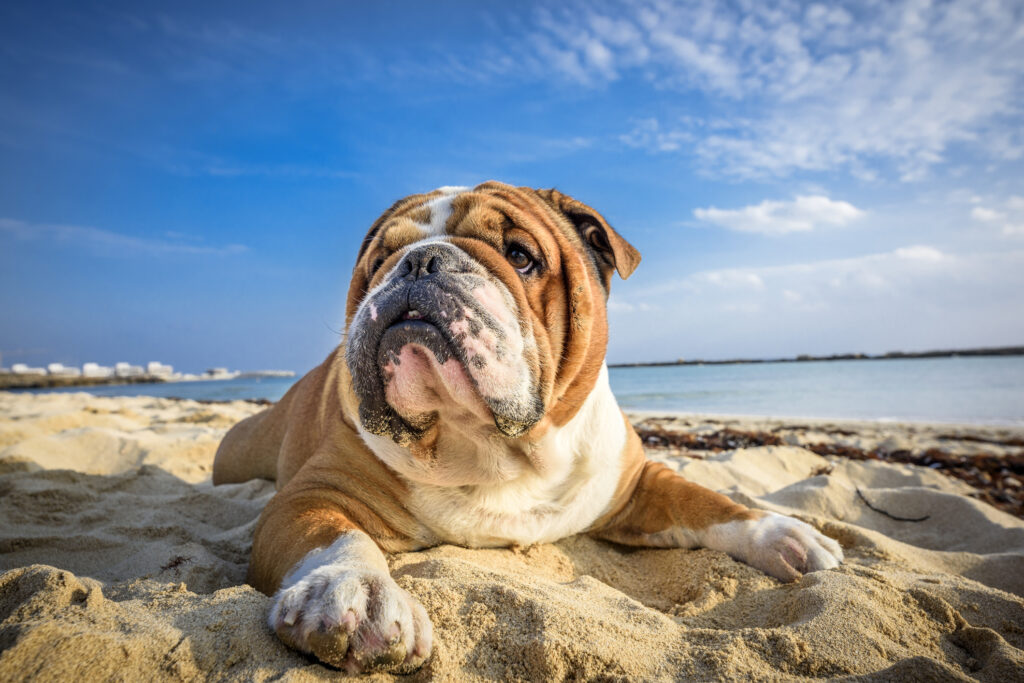 The English Bulldog is a muscular powerhouse. It has a large, spherical face, with a short muzzle that gives the face a very flat appearance.

The first known reference to the Bulldog was in the mid-17th century. The English Bulldog was commonly used in bull-baiting and other cruel sports in England. Bull-baiting was outlawed in England in 1835, and the Bulldog’s popularity waned. However, breed enthusiasts worked towards the end of the 1800s to prevent the English Bulldog from extinction.

The modern English Bulldog is friendly and patient, as breeders have focused on removing some of its earlier aggression. Unfortunately, they are prone to health issues and respiratory problems, owing to their short noses. On average, English Bulldogs only live to be eight to ten years old. 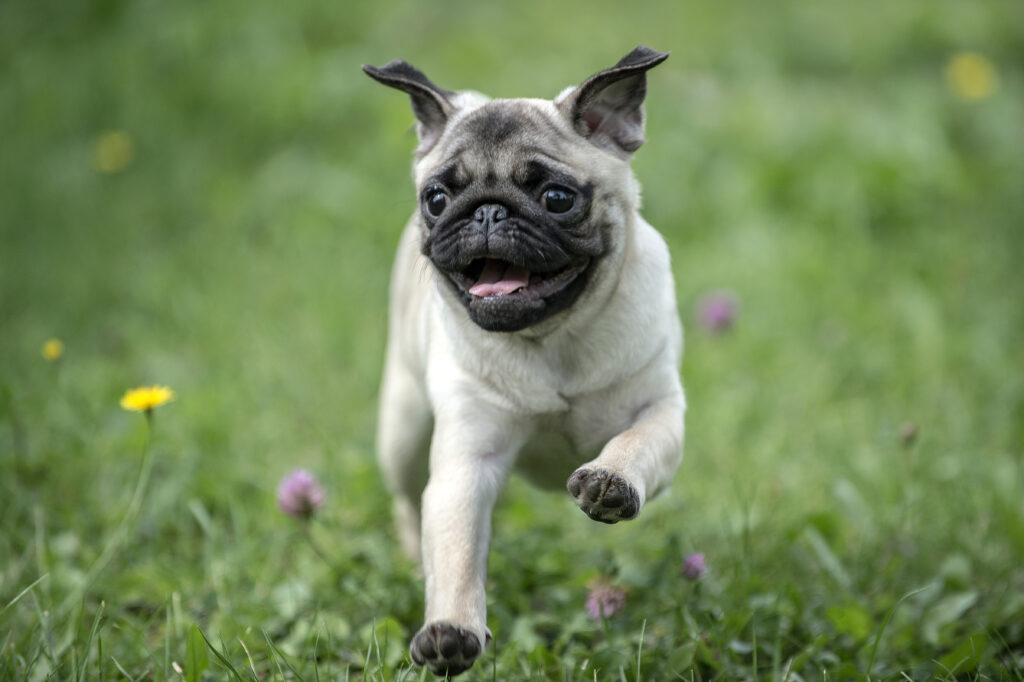 One of the most distinctive of the wrinkly dog breeds, the Pug is noted for its bulging eyes and curly tail. Despite being a toy breed, Pugs are deceptively strong for their size.

Originally bred as a companion dog for Chinese royalty, the first Pugs lived a life of luxury. They were highly valued and respected. The breed was imported to Europe in the 1860s, and was one of the first breeds to be recognized by the AKC after its formation in 1885.

Pugs have a calm disposition, are affectionate, and are considered easy-to-train. They do not demand a lot of exercise or attention, making them an ideal, low maintenance pet for many households. 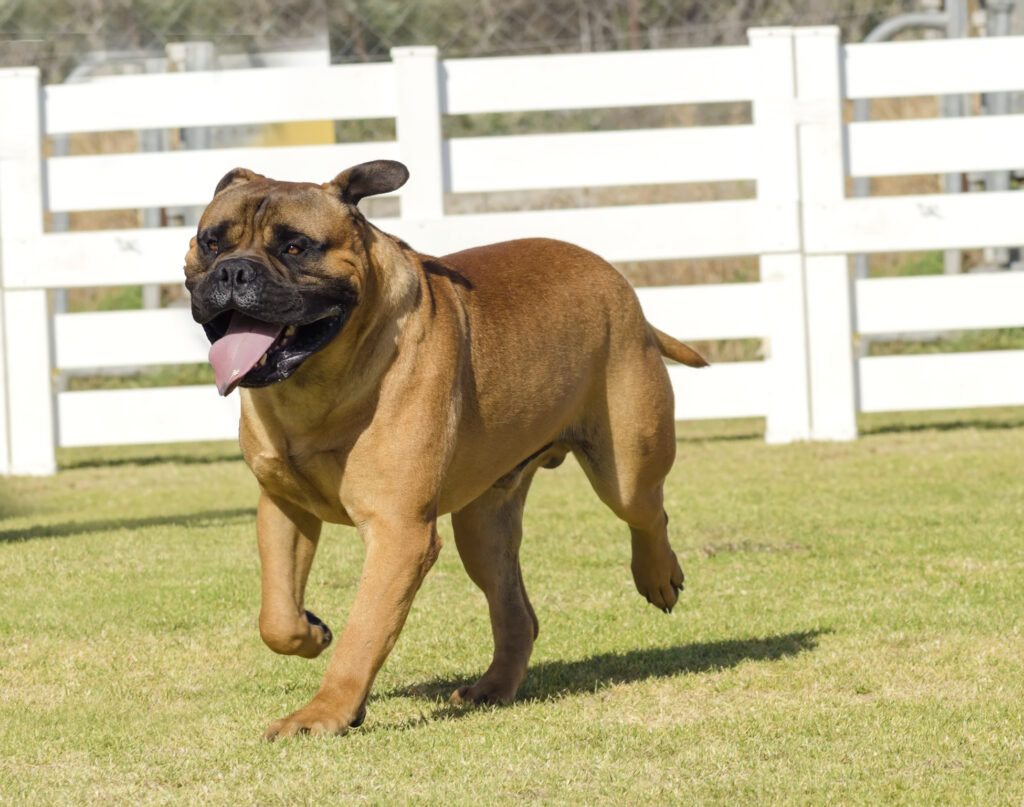 Nicknamed ‘The Gamekeeper’s Night Dog’, the Bullmastiff originated in the eighteenth century as a protection dog for humans and property in England. Their suitability for this type of work – a perfect mixture of speed, size and strength – meant they were commonly utilized by gamekeepers to protect against illegal poaching. The AKC recognized the Bullmastiff in 1934.

The Bullmastiff is a particularly large dog, standing at almost 70 cm, and weighing as much as 130 lbs. Due to their size, it is vital for Bullmastiffs to be trained and socialized at an early age to ensure they can be controlled. 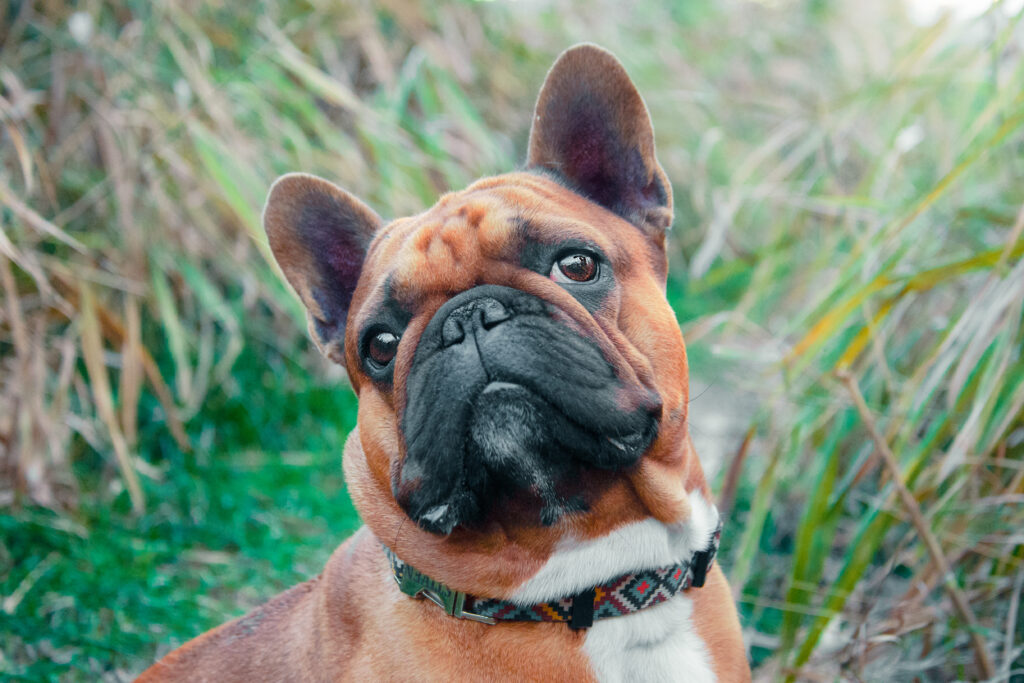 The French Bulldog is increasing in popularity in every corner of the world. The Frenchie was second in AKC registrations in 2021, and in our 2022 analysis of most popular dog breeds in the world, the Frenchie ranked in seventh place.

The origins of the French Bulldog are closely linked to the English Bulldog. When bull-baiting was banned in England in 1835, many displaced workers from the Industrial Revolution ended up in France – with their Bulldogs. The smaller versions of the Bulldog were favored by the French, and resulted in increased demand.

Frenchies have advanced a long way from their bull-baiting ancestors. They make great companion dogs, and are friendly with family and strangers alike. French Bulldogs require minimal exercise and are excellent indoor pets. 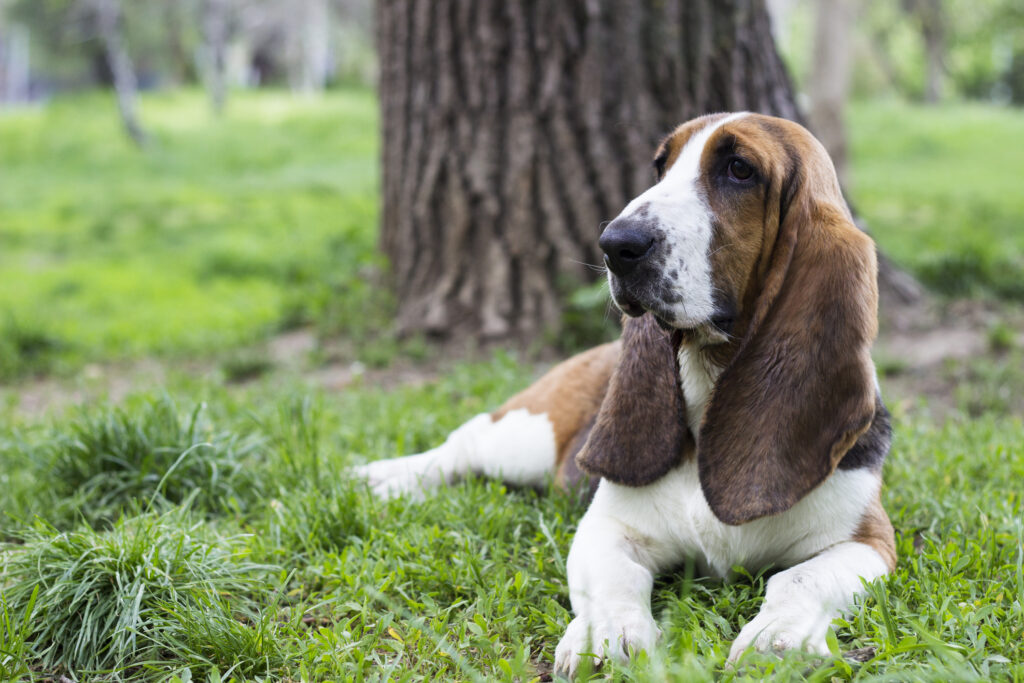 The first recorded reference to the Basset Hound came in the sixteenth century in text that made reference to “short-legged dogs used for badger hunting”. They were used by French hunters for their scent ability, and also because handlers were able to keep up with them due to their slower hunting speed. 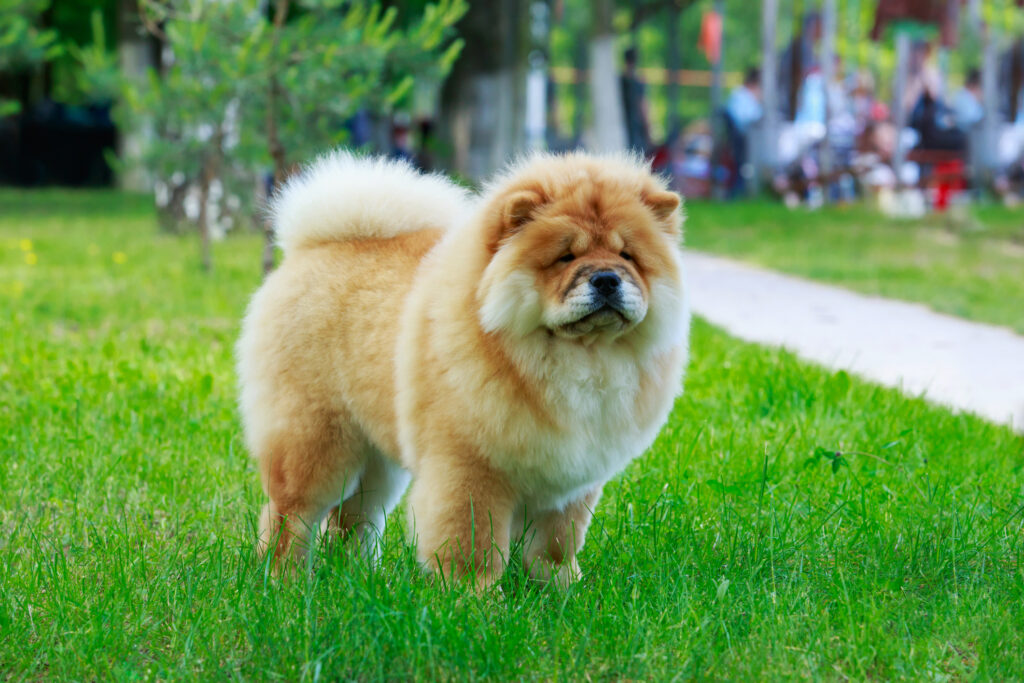 Famous for their trademark blue-black tongue, Chow Chows can be very protective of their owners.

It is believed that the Chow Chow originated in Asia, potentially up to eight thousand years ago. The AKC registers approximately 10,000 Chows per year.

The Chow Chow is a strong, muscular dog, which frequently looks like it is scowling – and its firm temperament does little to dispel this initial impression. 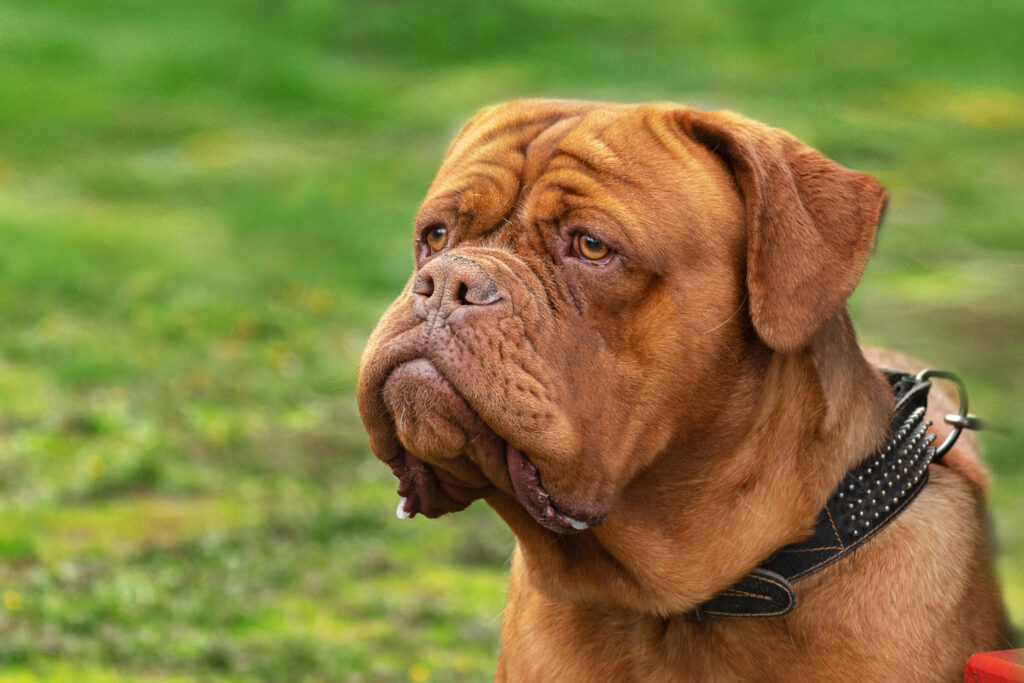 A large French mastiff breed, the Dogue de Bordeaux is extremely powerful. It is a devoted, loyal breed which can weigh up to 110 lbs.

The breed’s name is derived from the southern French city of Bordeaux. At one time, the breed was classified in three varieties (Bordeaux, Toulouse and Parisian) based on the job the dog was bred to perform. The breed was first recorded in France in 1863 and slowly increased in popularity in other parts of the world.

In the United States, the breed rose to fame following the 1989 Tom Hanks comedy, Turner & Hooch. In the movie, Hanks, playing a police detective, was assisted by a stubborn but lovable Dogue de Bordeaux. 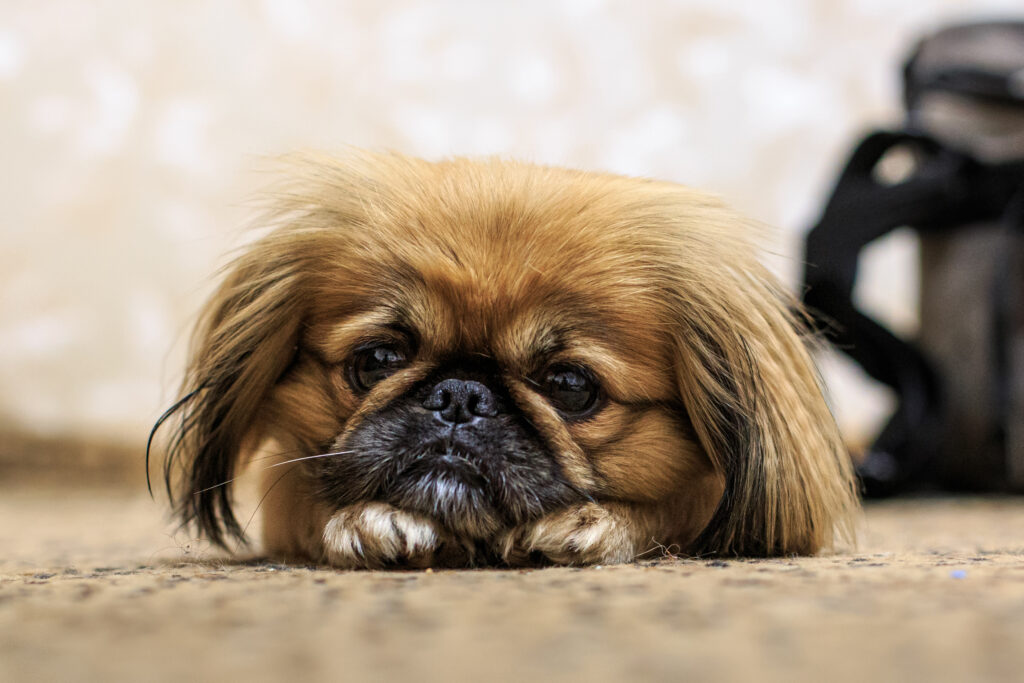 The Pekingese is another breed which has its origins alongside Chinese royalty. A toy breed, the Pekingese can weigh up to 14 lbs. They are extremely loyal to their owners – a legacy of their relationship with the ruling classes of China.

A double-coated breed, the Pekingese requires extensive grooming. Their abundance of fur makes it difficult for them to regulate their body temperature, so extreme care should be taken when taking a Pekingese out in warmer conditions.

In modern times, the Pekingese makes a great companion pet. Don’t be deceived by their small stature; their vocal nature and fierce loyalty can make them a good watchdog candidate, alerting their owners to intruders. 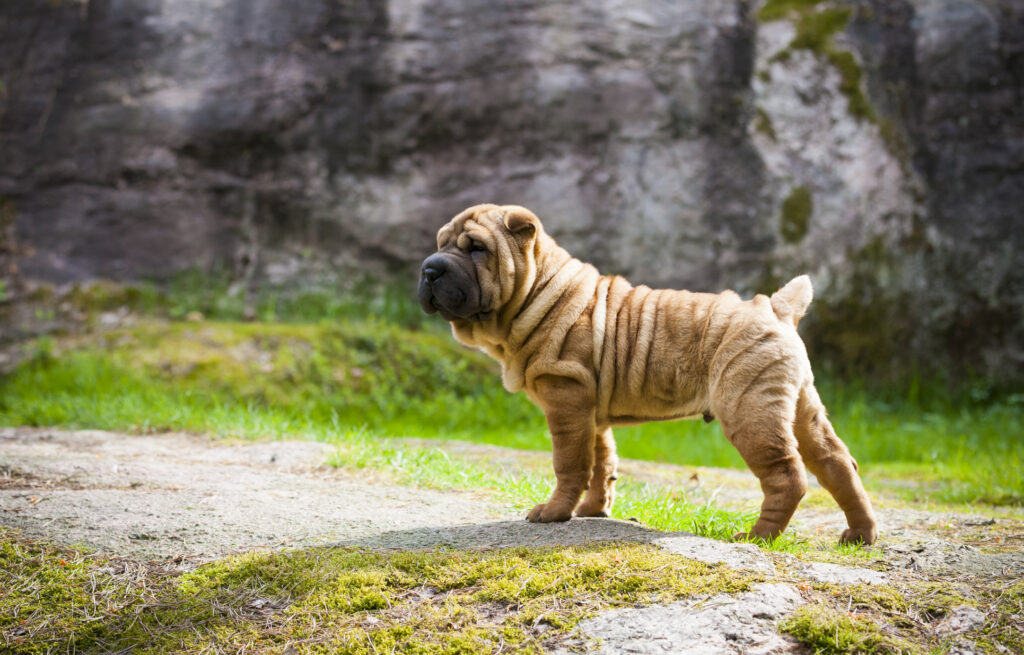 Perhaps the epitome of a wrinkly dog breed, the Chinese Shar Pei is renowned for the deep folds on its face. Whilst it closely resembles some Mastiffs, it is actually more closely related to Spitz breeds such as the Chow Chow.

Whilst the Shar Pei has undergone periods of popularity, it almost faced extinction in the 1970s due to political turmoil in China throughout the twentieth century. In fact, in the late 1970s, the Shar Pei was mentioned in the Guinness Book of Records as the rarest dog breed in the world. This led to initiatives throughout the world to save the Shar Pei, which resulted in a significant increase in demand.

The Shar Pei is suspicious of strangers and other dogs, but loyal to their family. If kept as a pet, they need regular socialization and frequent training to reduce the likelihood of behavioral problems.