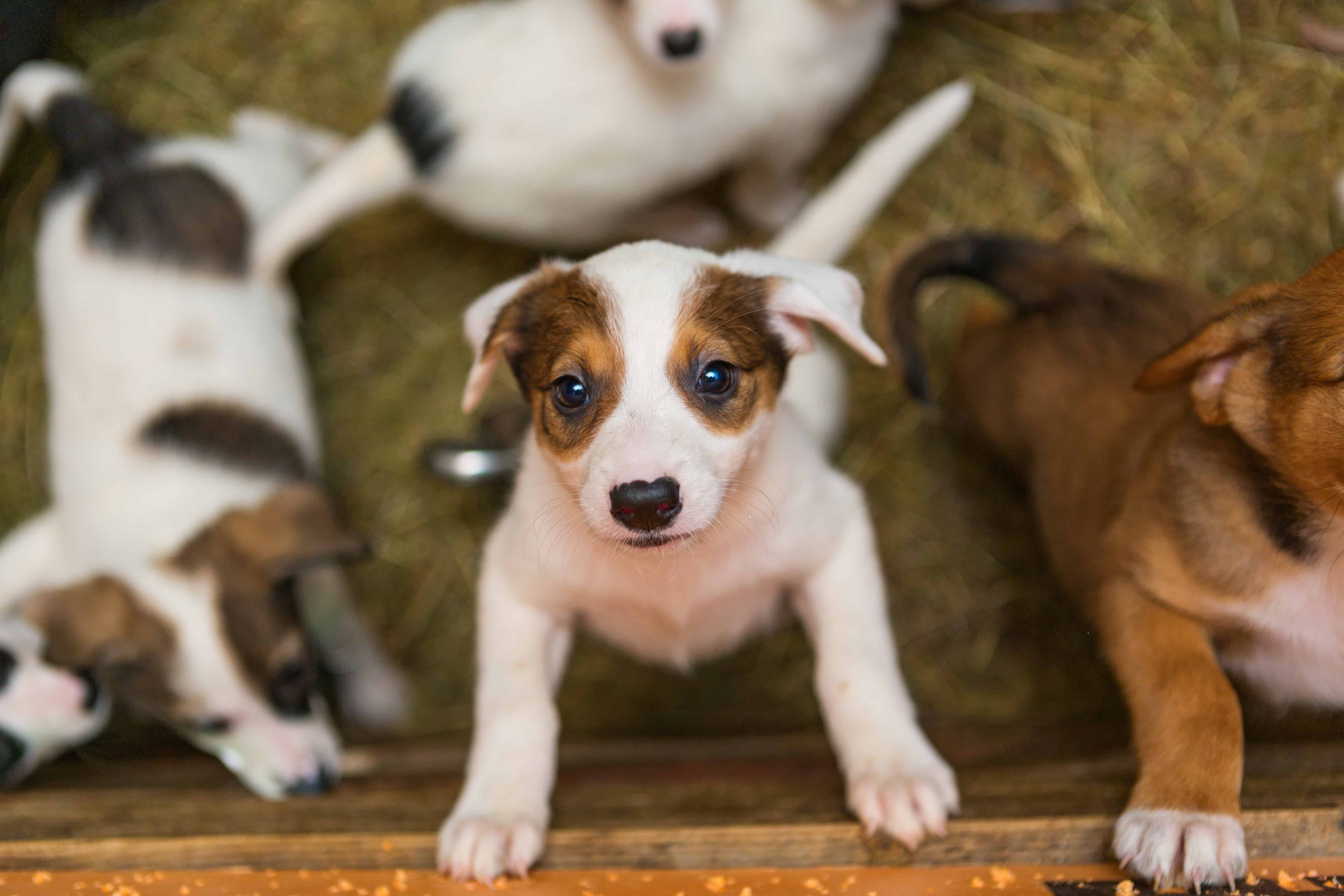 Dogs have been much more than pets to humans since they first crossed the Siberian land bridge and took up residence in human camps in North America. Once just an animal that humans interacted with for survival, they are now an essential part of most households in the United States.

But here’s a question for you. Do you know where – and how – your beloved puppy was born?

You may have heard of ‘puppy mills’ –  commercial breeding centers that mass-produce pups for sale and treat them like cash crops. In this article, we’re going to explore the horror of puppy mills, and look at the alternatives to this cycle of cruelty.

A brief note to our readers

We know this topic is distressing. It isn’t easy to think of the unimaginable suffering that dogs in puppy mills are faced with. We are aware this isn’t a pleasant thing to focus on.

However, we hope that this article can be used to inform the wider public about the horrific practices of puppy mills. It is important for all of us who care about animal welfare to raise awareness of this topic and do our best to advocate for change.

The definition of a puppy mill

A puppy mill is a commercial dog breeding facility that breeds puppies on an industrial scale. They only have one objective in mind – to make as much money as possible, by breeding and selling as many puppies as possible. Puppy mill pups live in deplorable conditions, usually imprisoned for their entire lives and disposed of once they can no longer breed.

Covering everything that is wrong with a puppy mill would take forever. Consider, for example, the fact that female dogs are bred repeatedly without regard for proper care or responsible breeding, or think about the little veterinary or general care pups receive.

Beyond all else, the most serious problem with puppy mills is animal cruelty, as well as poor care and harsh treatment of female dogs and their pups.

Mother dogs are bred with little rest periods between litters, and are sometimes killed after no longer being able to give birth to puppies. Even when injured or sick, puppy mill breeding dogs and their puppies get little, if any, veterinary care.

Unfortunately – but not surprisingly – many pups arrive sick at the local pet shop or their new home. Intestinal parasites, respiratory troubles, canine influenza, ear issues, skin problems, and urinary and bladder problems are among the most prevalent illnesses reported by people who have bought suspected puppy mill dogs.

Almost all pups born in puppy mills are separated from their moms at a very young age. Even worse, these puppies have rarely been effectively socialized (and usually, not socialized at all). Consequently, they display undesirable behavior traits like shyness, aggression, fear, and anxiety.

The average dog owner isn’t aware of how poorly these facilities treat dogs and erroneously think they’re taking a well-bred puppy home. But that is not the case in far too many instances. Puppy mills have even been known to manipulate the lineage documents of puppies, leading unsuspecting customers to incorrectly believe their dog is of a particular breed. 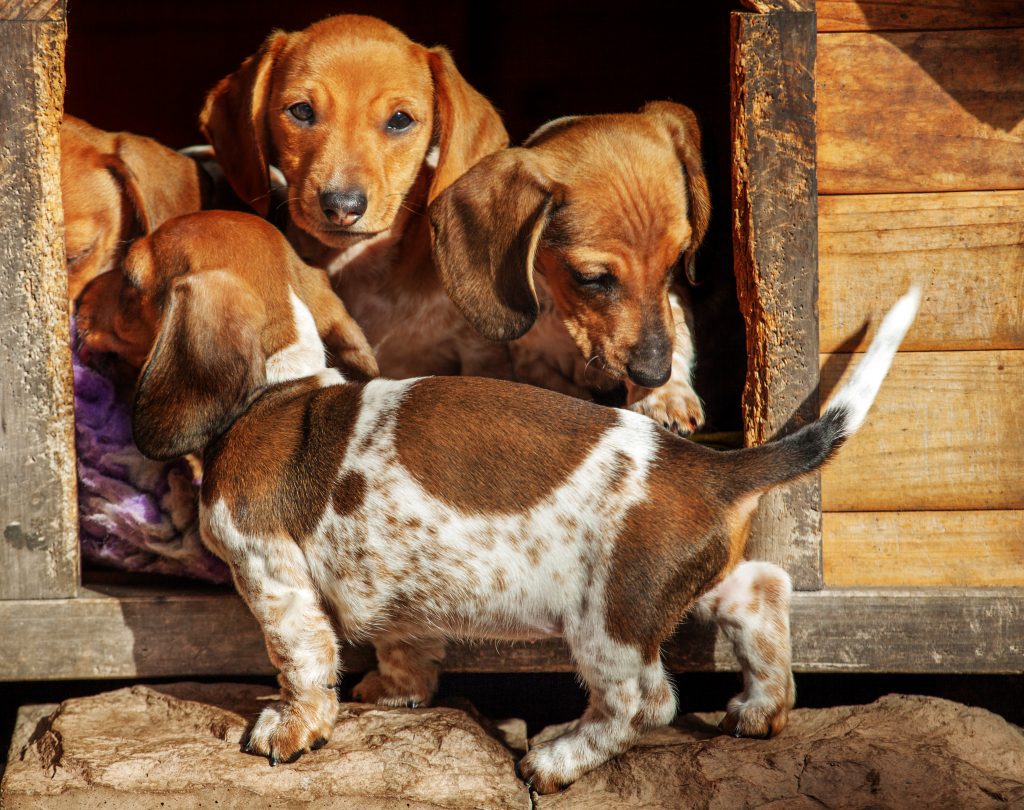 As alluded to above, there are around 10,000 puppy mills in the United States. However, no one knows the exact number because the industry was born and bred in the shadows.

Did you know that if food, water, and shelter are supplied, no state has legislation prohibiting a breeding kennel from keeping hundreds of dogs in cages for the rest of their lives?

Although there may appear to be a lot of similarities between puppy mills and backyard breeders, there are a few notable differences.

Essentially, a backyard breeder is often motivated by either an emotional bond to their animals, or a desire to profit from their offspring, or both. They’re usually not concerned with improving the breed. The unprepared person who decides to try their hand at breeding quickly realize that breeding dogs is far more complex and expensive than they bargained for. Many abandon the practice due to being unable to turn a profit. There is much more to responsible and correct breeding than simply mating two dogs.

The main difference between a backyard breeder and a puppy mill is that the backyard breeder isn’t running things on an industrial scale. They are more likely to demonstrate some level of basic care for animal welfare. This doesn’t make backyard breeding a perfect solution by any means, but it would be unfair to treat them in the same category as puppy mills.

How can we eliminate puppy mills?

As a dog owner, you may believe you are ‘saving’ a puppy by purchasing it from a puppy mill pet store. However, you’re actually feeding the vicious cycle of animal cruelty by supporting puppy factories.

So, what are your alternatives?

Firstly, you could consider adopting a pet from an animal shelter. With millions of animals sadly ending up in animal shelters across the United States every year (increasing in the midst of the pandemic), there is no shortage of adoptable pups ready for a loving home. Check out our guide on questions to ask your local shelter before adopting a pup, and make sure your home is prepared for your new arrival.

If you have a need for a specific breed and are searching for a purebred puppy, you can contact credible breeders and breed-specific rescue groups in your area. Getting a referral from friends, your veterinarian, a dog trainer, or an official breed association in your vicinity is the best method to identify a reliable dog breeder. You may also find it interesting to know that purebred animals make up around a quarter of all animals in shelters.

To raise awareness of this issue in the community, you can also teach your family and friends about puppy mills, and the necessity of supporting rescue organizations rather than pet stores.

If you want to go out of your way to help man’s best friend, you can even inform your elected officials that you support rules limiting the number of animals a person can keep and produce. You can also work with other activists and rescue groups to establish care standards for the exercise, shelter, food, water, and veterinary care of these pups. 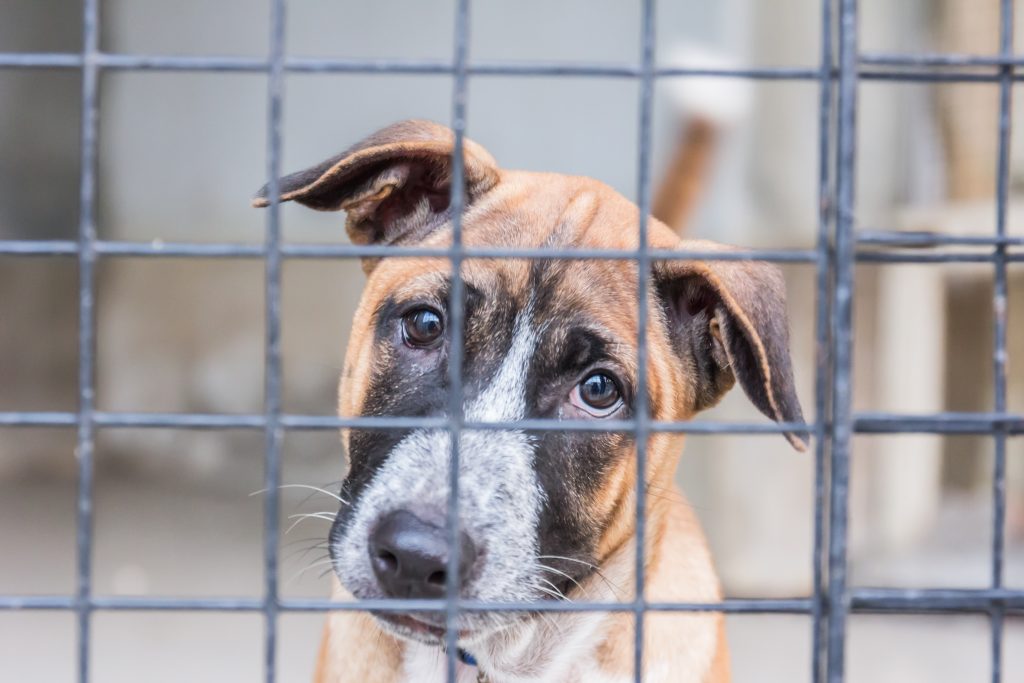 While the Animal Welfare Act (AWA) demands that breeders be licensed and supervised by the USDA, these regulations aren’t always adhered to. Investigators often don’t report horrific circumstances, and pet shops continue to buy from unregistered breeders. But if enough people out there who would fight for the safety and wellbeing of animals, individual states may take appropriate action.

Many people purchase puppies from pet stores because they pity the dog and want to provide it with a loving home. This is a noble idea, but it may indirectly lead to perpetuating the puppy mill cycle.

The solution is simple. To put an end to puppy mills, we need to stop purchasing puppies produced by them – whether directly or indirectly. In the animal community, we can do this by raising the public’s awareness and changing our collective behavior as a society. Together, we can put a stop to the cruelty of puppy mills. Nobody is saying this is going to be quick or easy – but surely, everybody would say that it is necessary.