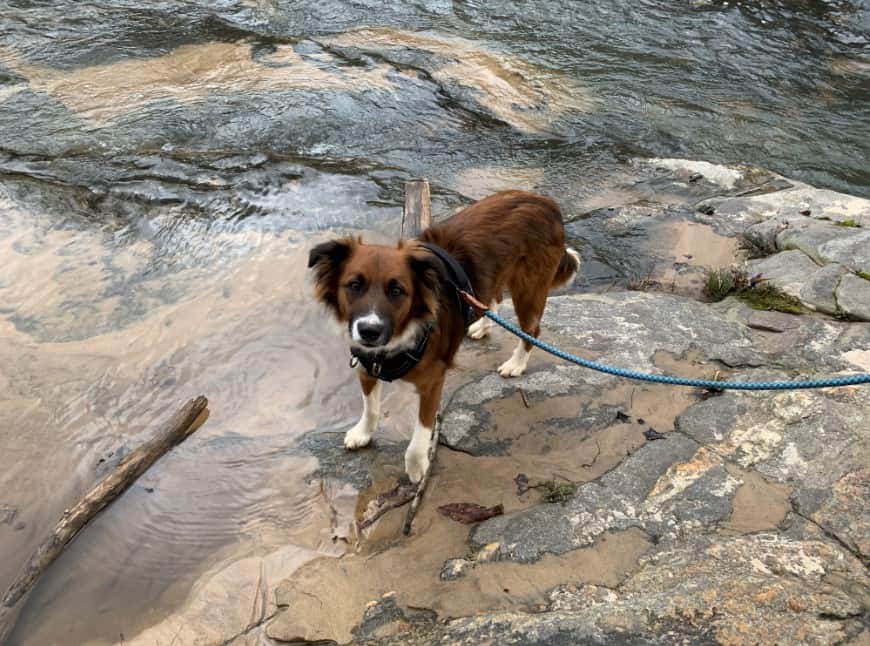 We all know that dogs are phenomenal animals, ingrained with a wide array of capabilities which help us in our daily lives. From police K9s who aid law enforcement officers, to a service dog who helps an autistic child, dogs are reliable, valuable assets in a variety of settings.

In this article, we will provide an overview of search and rescue dogs; look at what makes a dog the perfect candidate for finding a missing person; and discover how SAR could even help your dog to build confidence and learn a new skill – even if you don’t intend to join a search and rescue team.

What is search and rescue?

The aim of search and rescue is straightforward: to locate an individual or group who has gone missing or is in imminent danger, and return them to a place of safety. Some search and rescue personnel or units are also responsible for helping to locate deceased individuals and bring closure to desperate families and help bring justice when heinous acts are committed.

These actions are usually performed by a trained team of volunteers. The SAR team may also be able to offer medical assistance such as first aid.

In the United States, there are numerous organizations at national, state and local levels who have responsibilities for SAR. You may be familiar with Federal Emergency Management Agency (FEMA) and National Association of Search and Rescue (NASAR). Although these are two of the more popular groups, there are  are numerous national organizations who provide training, resources and certifications to SAR teams. 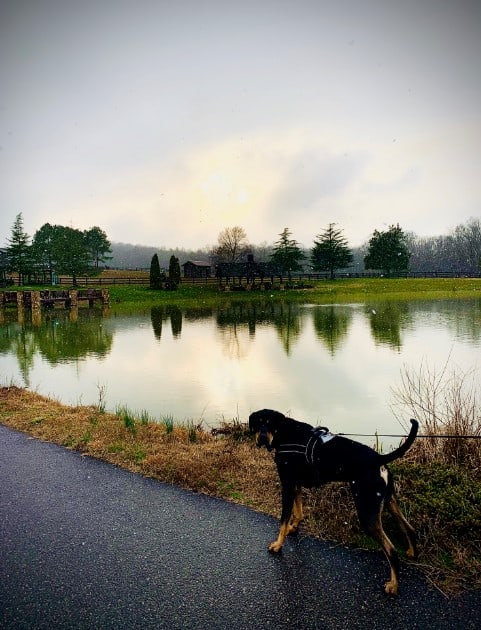 What are the different types of SAR?

Within the wide scope of search and rescue, there are several niches in which teams typically specialize in, depending upon the type of work they do and the areas they service. Search and rescue training must prepare teams for the challenges that they will face on deployments – some of which can be dangerous to unprepared handlers and their K9 partners.

Depending on the environment and terrain that a SAR team will be working in, there are several types of teams. These primarily consist of: 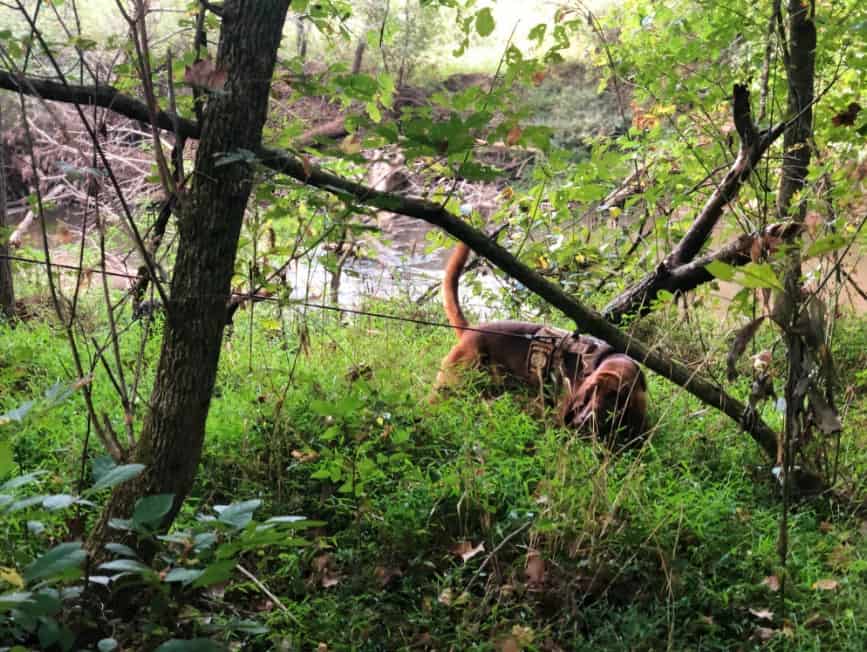 What types of SAR dogs are there?

Not only do dogs possess significantly more olfactory receptors than humans do, but they are blessed with a highly intricate olfactory system, capable of sorting individual odors, the direction and movements of these odors, and perceiving a 360 degree view of the world through scent alone.

Well trained search dogs (specifically trailing dogs) can follow a single scent for miles, even when it has aged for upwards of a few days and has been contaminated by other odors. Many times, even if human search groups are deployed in large numbers, they can easily miss victims on the search due to the reliance humans have developed on vision alone. A well-trained K9 can locate a victim in ten minutes, whereas it could take a human team hours or days to find.

SAR K9 teams often use dogs who specialize in one type of searching. Search and rescue dogs are trained differently for specific purposes.

There are other SAR dogs, too. Avalanche dogs can help to find people crushed underneath snow in mountainous areas. Some SAR dogs can even help to locate animals who are missing – including other dogs! 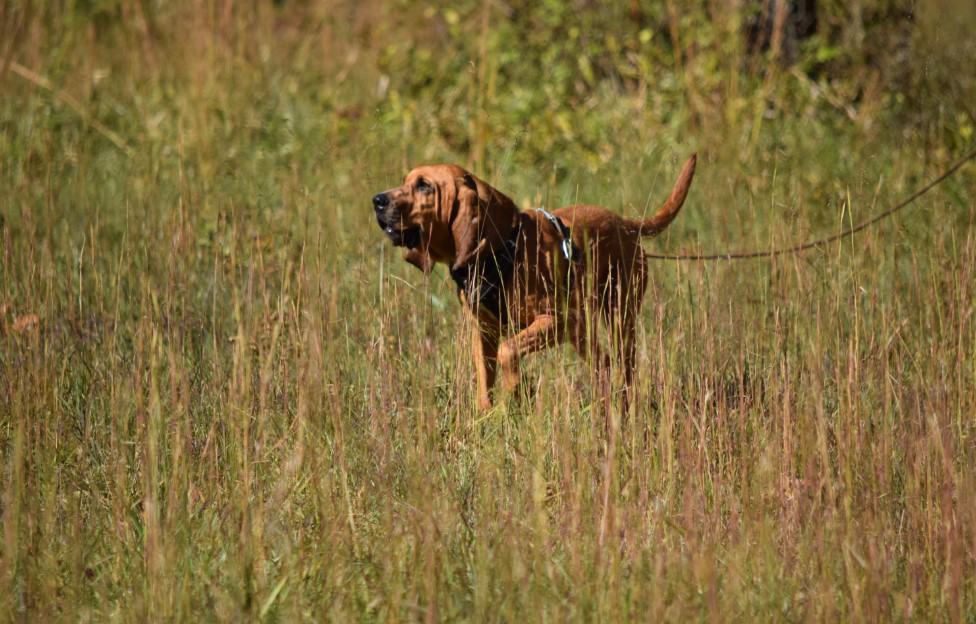 Why were dogs chosen to help find people?

As mentioned above, dogs have incredible olfactory systems. Not only do they possess between 115 million to 300 million olfactory receptors, but their olfactory system is able to sort out and follow individual scents, locate individual components of compound odors (e.g. a correctly trained narcotics dog will indicate on the specific compounds that make up marijuana, even if it is placed in a room with other plants or solutions containing some of the same chemical components), and locate the direction of odor without having to be right on top of it.

Dogs are incredible hunters, and although most dogs never have to find their own food and consequently never learn to hunt, they still possess all the physiological capabilities necessary to track and catch their prey. The ancestors of domestic dogs must travel miles, almost daily, in search of food. They possess the ability to steadily travel marathon distances, while still having enough stamina at the end to sprint after their prey. Wolves are also pack animals, which means that they are meant to hunt in groups, as one unit. Because they are not solitary hunters, it is much easier to motivate them to “hunt” with a human partner than it would be with many other predatory animals.

Additionally, dogs have the inherently unique feature of being bred to work very closely with humans. There is, to our knowledge, no other animal that reads the human face from left to right (exactly as humans do with other humans), while still observing other dogs from straight on. Dogs can communicate with us in a way that no other creature can. They are social learners who will actually watch what their human counterparts are doing and will occasionally try to replicate it. For thousands of years, dogs have been our faithful companions. They hunt with us, herd our sheep, protect us, comfort us, play with us, share our food and sleep with us.

The history of search and rescue dogs 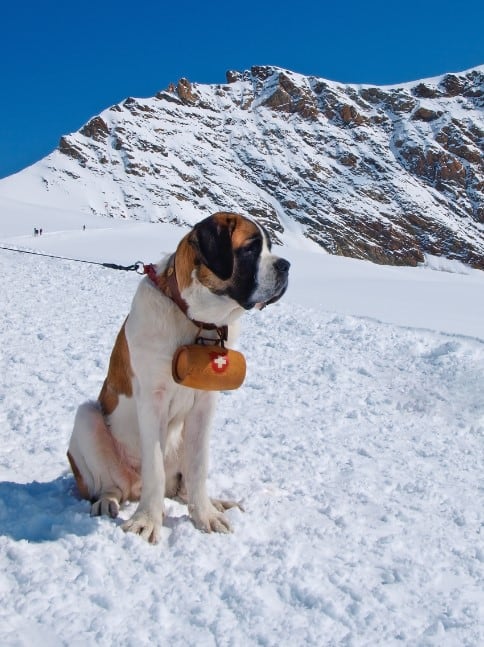 Dogs are incredible hunting machines, whom humans can motivate easily to search tirelessly and locate virtually anything we want them to.

As far as we know, the utilization of dogs in search and rescue work began in the late 1800s. They were deployed in the alpine passes through organizations such as the Mount St. Bernard Hospice and monastery. In the early 1900s, the military and Red Cross began using dogs to locate injured soldiers and personnel on the battlefield. Germany and France also began using dogs to locate medical personnel on the battlefield and help them return to base. Search dogs became even more popular in World War II, when England began using search dogs to locate victims trapped under rubble (thus began the blossoming of our modern Urban SAR K9). Over time, especially in moments of wartime or disaster, dogs were used for a variety of rescue operations including locating victims, sentry, message carrying, scouting, patrol and sled transportation in the Arctic regions.

In 1962, Bill and Jean Syrotuck, in addition to some other members of the German Shepherd Dog Club of Washington State, begun developing their own search dog unit. This eventually evolved into “The German Shepherd Search Dog Committee of Washington,” which later became the “American Rescue Dog Association.” ARDA is still operational to this day, although they no longer use exclusively German Shepherds in their work.

From this point forward, police departments began using search dogs, and other search dog organizations began developing. Currently, there are countless search and rescue units worldwide, many of whom use K9s to accomplish goals which could not be accomplished through manpower alone.

How can SAR training help me and my dog?

Search and rescue is a worthwhile cause that saves countless lives and truly makes a difference in society. The training involved in SAR, however, also benefits SAR personnel and their K9 partners by teaching them valuable skills such as first aid and bloodborne pathogen safety, as well as providing a team’s K9 partner with a very practical form of specialized service training and a job.

Not everyone who chooses to partake in SAR training becomes active personnel. Search and rescue is incredibly rewarding work for most people, but not everyone has the time or desire to devote a significant part of their life to it. 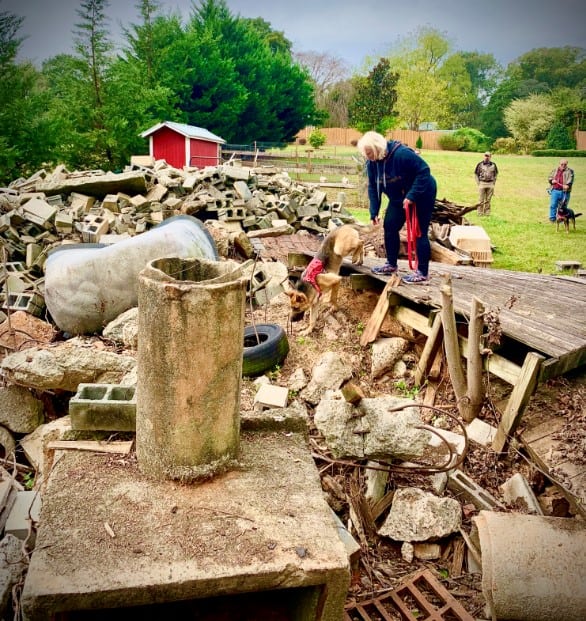 The types of training involved in K9 SAR, such as trailing, air scent, or navigating rubble can actually have an incredibly powerful impact on a dog’s psyche and behavior. Teaching a dog to trail has proven to drastically increase confidence, focus, independence and physical fitness while decreasing destructive or unpleasant behaviors in the house, or fearful behaviors in unsocialized or nervy dogs. The agility training used in SAR increases confidence and athletic capability, while helping to build a stronger bond between dog and handler.

As a handler, it is a truly magnificent experience to watch your “pet” learn how to use its incredible natural capabilities to find people who have travelled long distances or are hidden underneath objects. The transformations that we have witnessed by training dogs for search and rescue are something completely different than what is accomplished by training obedience. Many people do not realize what their dog is capable of, and are amazed by these abilities once they have been taught. For many people, SAR training creates a truly unbreakable bond between human and dog, and it becomes a fun and rewarding hobby for both.

How do my dog and I get involved in SAR training?

One of the most significant factors preventing more people from getting involved in SAR training is the lack of accessibility and confusion regarding the best way to do so. Luckily, getting your dog involved in search and rescue training is not as difficult as you might think. If you have an energetic pooch who likes people, loves toys or food, is mobile and usually has their nose to the ground, SAR K9 training might be the perfect fit for you both. Even if your dog is not particularly social or confident, SAR training can be a great confidence booster – even if you just use it to impress your friends and family when you are out hiking or enjoying time outdoors.

There are a number of options when it comes to getting your dog trained for SAR work:

If search work is something that you are interested in getting involved in, now is a great time. We understand more about canine olfaction and the chemistry of odor than ever before, and there is a whole world of different SAR specializations out there saving lives and making a difference.

Search training in itself has been proven to result in a plethora of incredible benefits for you and your dog alike, and there are many ways to get involved where the training will fit into your lifestyle and schedule.

Search and rescue is not for the faint of heart; however, many SAR personnel will tell you that their search work is the most rewarding component of their life. If you’re thinking of getting involved with your dog, try it – you might just find your calling along the way.