If you’ve ever spent any time in the animal shelter industry, you have probably heard of something called ‘Black Dog Syndrome’ (we’ve even seen some evidence of that here at Highland Canine, where part of our mission is to help unwanted dogs find a better home through our Second Chance program).

With a wide variety of conflicting data entering the public domain over the last few decades, we’ve taken the time to provide more information on studies surrounding Black Dog Syndrome.

What is ‘Black Dog Syndrome’?

Black Dog Syndrome is the theory that a big, black dog is less likely to be adopted from a shelter than a smaller, lighter-colored dog.

The idea suggests that, as a whole, black dogs spend longer in and are euthanized more frequently than other dogs. This occurs despite the fact that a black dog has no inherent behavioral features that make it more dangerous or aggressive than a dog of any other color.

Several ideas have been put forward to identify why potential adoptees may shy away from black dogs, and numerous studies have been published in recent years to try and establish if Black Dog Syndrome actually exists. 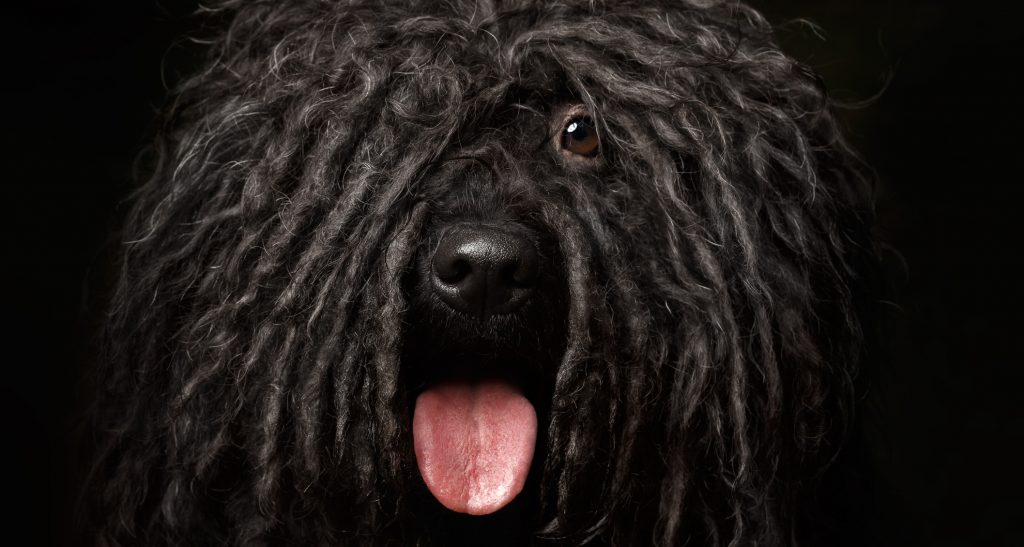 Where did the theory of Black Dog Syndrome originate?

Research has suggested a number of reasons for black dogs being less likely to be adopted, including:

• Black dogs do not photograph as well as other, lighter colored dogs
• Black dogs are not as visible when potential new owners tour an animal shelters
• Negative portrayal of black dogs in film and media

It has even been suggested by some that potential owners associate the color black with misfortune or evil, which then subconsciously affects their choice of dog. 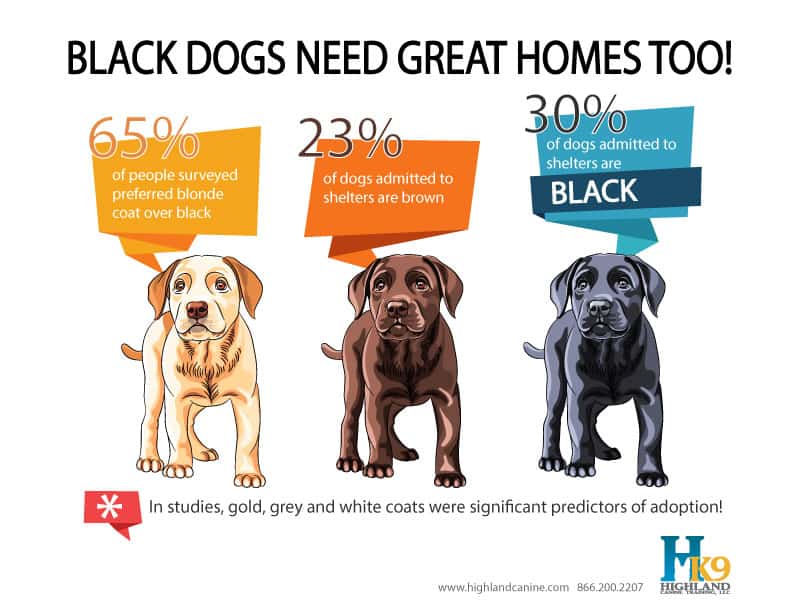 Which studies support the idea that Black Dog Syndrome exists?

A 1998 study published in the Journal of the American Veterinary Medical Association highlighted certain characteristics that made dogs more likely to be adopted. In this study, it was found that dogs with black coats were at greater risk of euthanasia, while gold, white and gray coats were predictors of adoption.

The Journal of Applied Animal Welfare found in a 2002 study of adoption centers in California that pure-black colors were negative factors in adoption rates.

More recently, a 2013 presentation at the International Society of Anthrozoology conference in
Chicago found that black dogs were more likely to be judged as unfriendly and more
aggressive.

Are there other studies contradicting the theory of Black Dog Syndrome?

Whilst some studies indicate that Black Dog Syndrome does exist, there is other research which contradicts the idea.

A 2015 study published in Animal Welfare investigated two dog shelters in the Pacific Northwest over a four year period, comparing how black dogs fared with dogs of other colors.

In addition, a 2013 study at two New York animal shelters found that coat color had no effect in the length of time spent at the adoption center.

What about black cat syndrome?

Some evidence suggests that black cats suffer from slower adoption rates than their lighter colored colleagues. 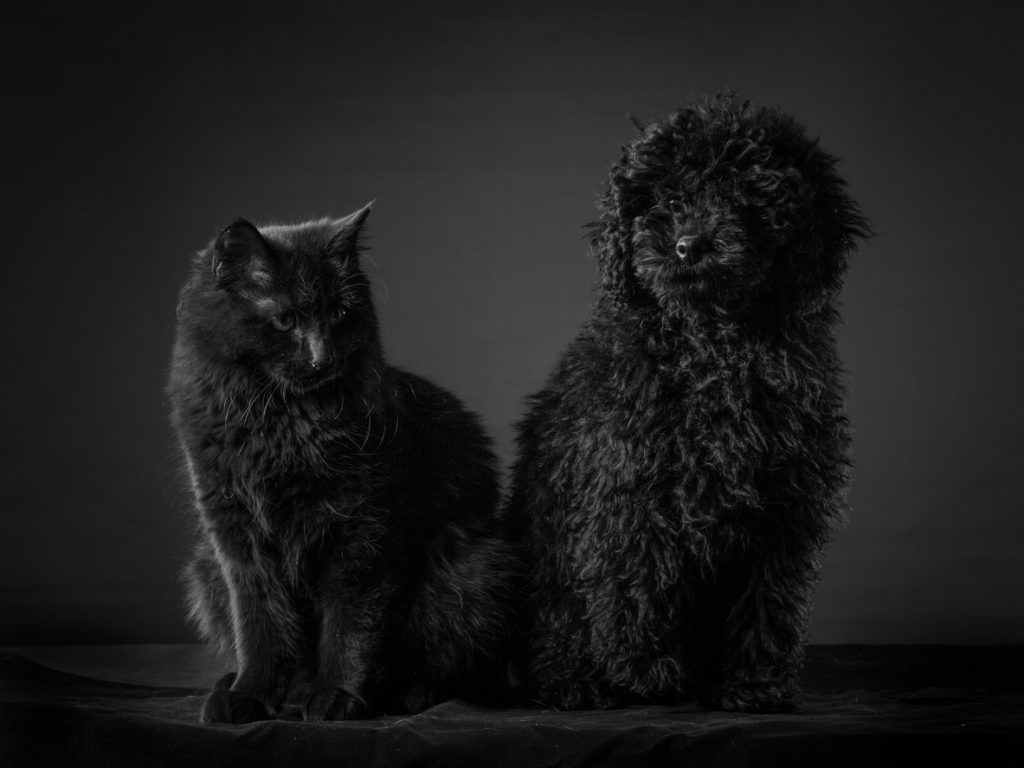 With such conflicting evidence, opinion is clearly divided on whether Black Dog Syndrome is an actual issue. Targeted campaigns have even been launched to encourage the adoption of black dogs.

Have you ever worked in an animal shelter and seen first-hand experience of Black Dog Syndrome? Or do you own a black dog yourself, and are wondering why this would even be an issue? We would love to hear your comments – Let us know what you think below or on our Facebook page!