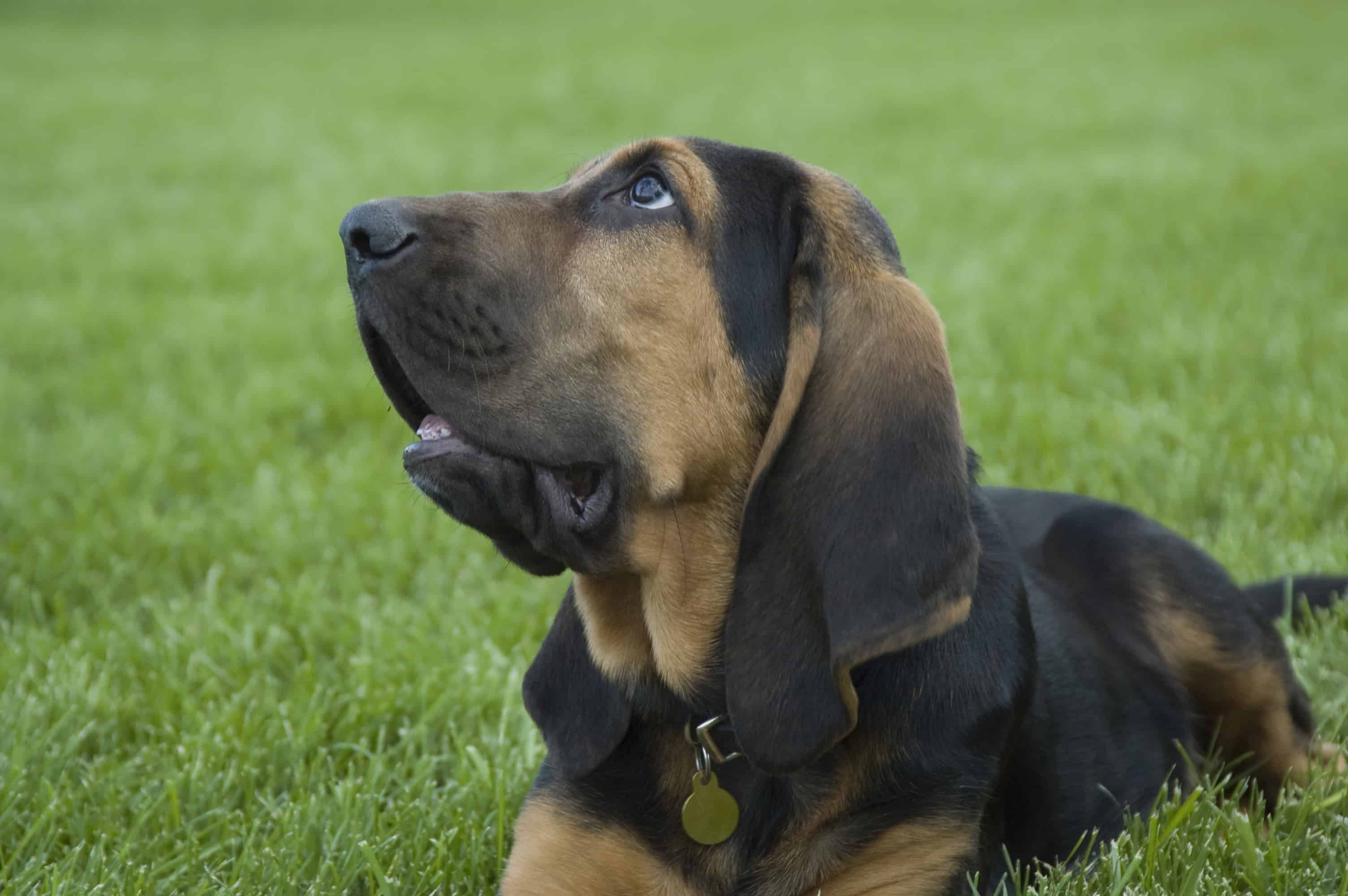 Bloodhounds are tough, independent and possess an unmatched sense of smell. They are often used as police dogs, assisting law enforcement with finding criminals or a lost child. This focused and energetic breed make perfect search and rescue dogs, and won’t rest until they have reached the end of their trail.

Although commonly used as police dogs, bloodhounds can also make a friendly companion in your home. Just remember they can be stubborn and require patience with obedience training – and that’s before we even mention their drool!

In this article, we’ll look at some basic facts about the bloodhound, discover the origins of the breed, and answer some frequently asked questions.

A short history of the bloodhound

The exact origins of the bloodhound are not clear, but it is believed they originated in central Europe – potentially in countries such as France or Belgium.The St. Hubert hound was first bred in circa 1000 AD, and from around the thirteenth century onwards, the King of France received several pairs of black hounds as a gift from monks. After the French Revolution in 1789, these gifts to the royal family ended, and hunting went into a decline for several decades. The original St. Hubert hound died out in the nineteenth century.

In England, bloodhounds were first referenced in the 1300s, with stories written by Robert  the Bruce and William Wallace involving being followed by ‘sleuth hounds’. The bloodhound was renowned for its strong sense of smell and ability to track humans – even in medieval times. The seventeenth century scientist, Robert Boyle, described how a bloodhound tracked a man across seven miles and two towns away.

Purebred bloodhounds were first introduced to the United States from Britain at the end of the 1800s. They have been used extensively by law enforcement, both in the U.S. and around the world, to track criminals and missing people. Even with technological advances, the bloodhound is still one of the most reliable tools available to agencies and law enforcement seeking to find humans. 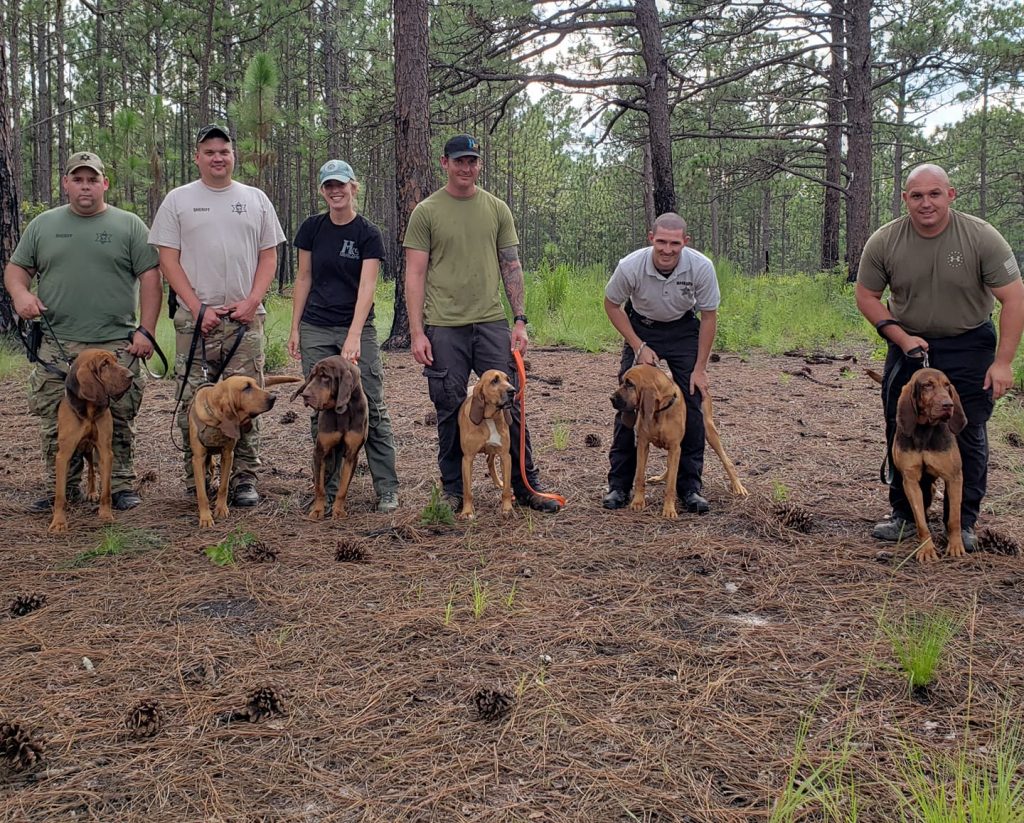 Bloodhounds can make good family pets, although patience is required when training them, as they can be stubborn. Due to their propensity for digging and escaping from confined areas, initial training should be carried out on a leash to prevent them running away. These dogs have become accustomed to trailed, so the bloodhound will definitely benefit from regular, lengthy walks to maintain its stamina.

Although their coats do not usually require extensive grooming, it is important for bloodhound owners to pay attention to their droopy ears and facial wrinkles. From a health perspective, bloodhounds unfortunately suffer from a higher rate of gastrointestinal issues than others, including bloat. They can also experience ear, eye and skin problems. Wiping a bloodhound’s ears and coat with a warm, wet cloth can prevent bad odors or irritants building up, which can lead to infections.

Finally, you may be aware that bloodhounds are notorious for drooling anywhere and everywhere – so your home may require more frequent cleaning if you have a bloodhound as a pet!

Just how far can a bloodhound smell?

A bloodhound has approximately 230 million scent receptors (significantly more than human beings, who only have 5 million). This means bloodhounds can follow scent trails up to 130 miles away.

How long does a bloodhound live for?

Typically, bloodhounds will live for seven to ten years. A UK Kennel Club survey in 2004 suggested a median age of 6.75 years, making them one of the shortest-lived of all dog breeds.

Is evidence obtained by a bloodhound admissible in court?

Yes – a trained bloodhound was the first animal whose evidence was ruled as legally admissible in courts in the United States.

Is a bloodhound a good choice for a family pet?

Bloodhounds are not just limited to police work, or assisting search and rescue missions. They can make great family pets, but bear in mind that you will need to be patient and rigorous when training a bloodhound. They mix well with people and other pets. Bloodhounds do need plenty of outdoor exercise to ensure they remain physically and mentally stimulated.