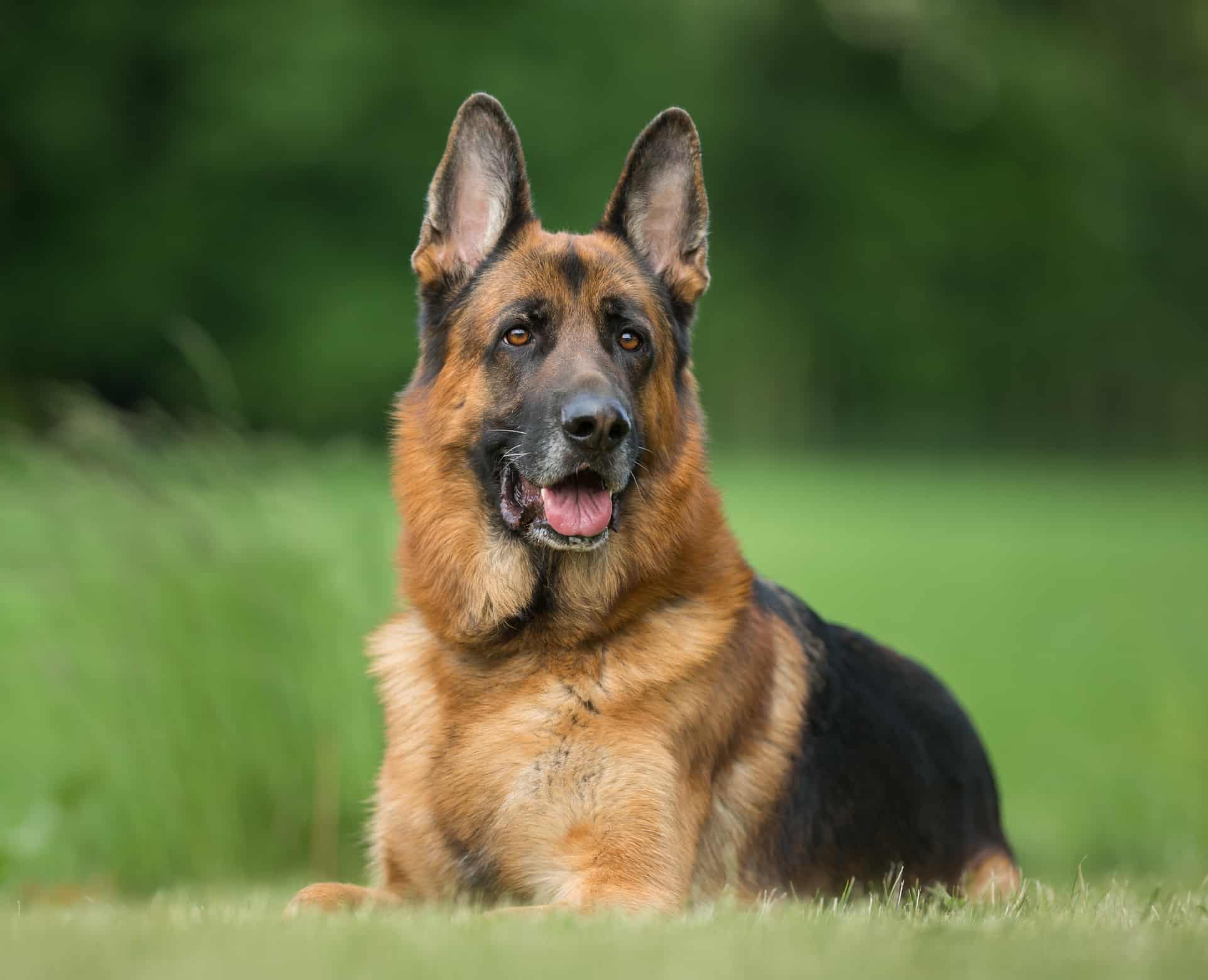 Originally bred to be herding dogs, the intelligence and agility of German Shepherds made them stand out and seen in many types of work today. Thanks to their strength, obedience, and trainability, German Shepherds make great working dogs as well as family pets.

In this edition of About The Breed, we’ll look at the breed characteristics of the German Shepherd, examine the history of the breed, and answer some of the most frequently asked questions. 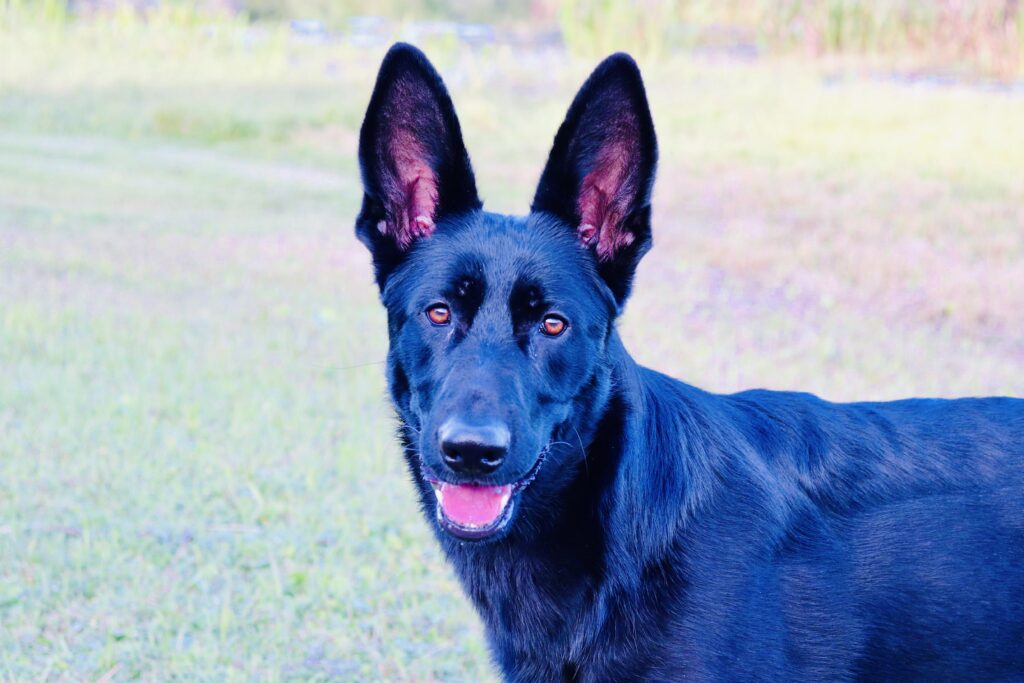 A short history of the German Shepherd

As the name of the breed suggests, the German Shepherd originates from Germany. The history of the breed dates back to the late 1800s. In the 1850s, German dog breeders were trying to standardize dog breeds to preserve the best traits that assisted their job of herding sheep. This was practiced within small communities of people in Germany where shepherds bred dogs.

German breeders wanted to have a dog that had the necessary skills for herding sheep such as intelligence, strength, speed, endurance, and a strong sense of smell. The breeders got results but the ability and the appearance of dogs differed from one community to another. As a result, the Phylax Society was formed in 1891 with the purpose of creating native dog breeds but it was disbanded in just a few of years due to internal disagreements on the traits of the dogs the organization should promote. Nevertheless, Germany’s efforts to create a dog breed of the nation’s own continued.

In 1899, Max von Stephanitz, an ex-member of the Phylax Society and a former student of the Berlin Veterinary College, was shown a dog during one of his visits to a dog show named Hektor Linksrhein. The dog was agile, loyal, fast, intelligent, and appeared pleasing to the eye. The dog satisfied his beliefs of what a working dog should be, and he purchased him.

After purchasing the dog, he founded the Society for German Shepherd Dogs (Verein für Deutsche Schäferhunde) and changed the name of the dog to Horand von Grafrath. Horand became the first German Shepherd Dog and was bred with other dogs. The dogs that shared similar characteristics as Horand from Franconia, Thuringia, and Wurttemberg were bred with him and fathered many pups. During the years of breeding, there had been inbreeding which was seen necessary at the time in order to fix the qualities being endeavored in the breed. 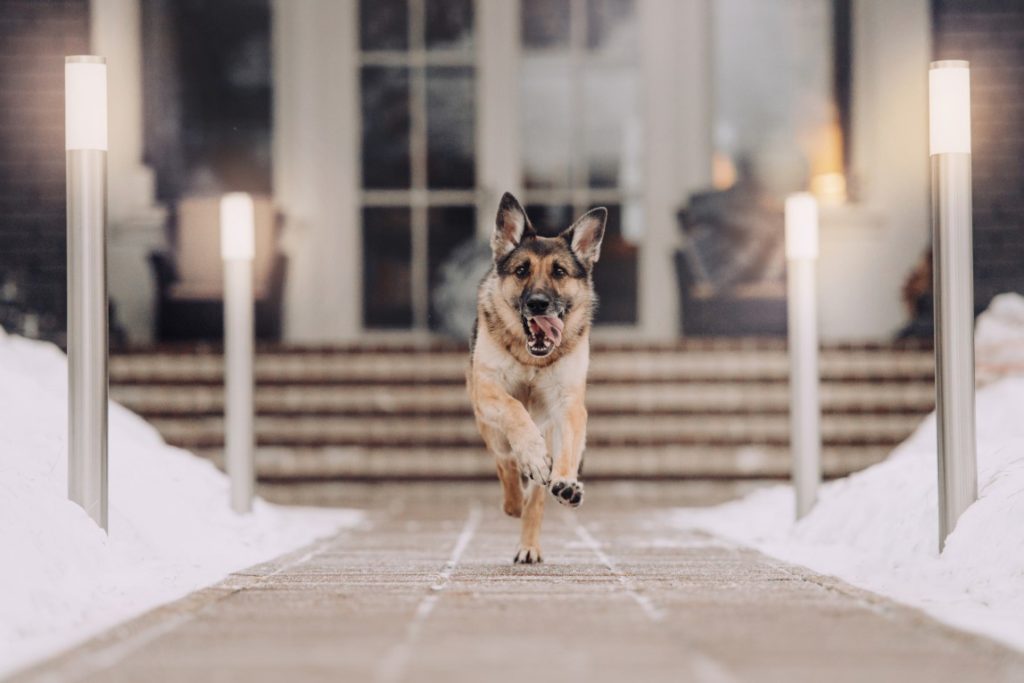 Modern utilization of the German Shepherd

German Shepherds are seen as working dogs everywhere. The breed is well known for its police work, mostly used for narcotics detection, tracking criminals, and other types of detection. The ability to handle these tasks also make the breed a good candidate for the military. German Shepherds in the military detect items such as mines and explosives.

Being a loyal companion and their trainability makes them a great protection dog as well. Having an intimidating and loud bark will make intruders think twice before attempting anything. German Shepherds are also a very confident breed of dog. Curious by nature, German Shepherds will pursue anything if they see a threat to the family which makes them the perfect guard dog.

This brings us to German Shepherds as family pets. The loyalty and obedience of the breed make them an excellent choice! German Shepherds are usually very calm and easy-going with children and aren’t prone to being aggressive. A properly socialized and trained German Shepherd can be very playful with members of the family while keeping its protective demeanor. 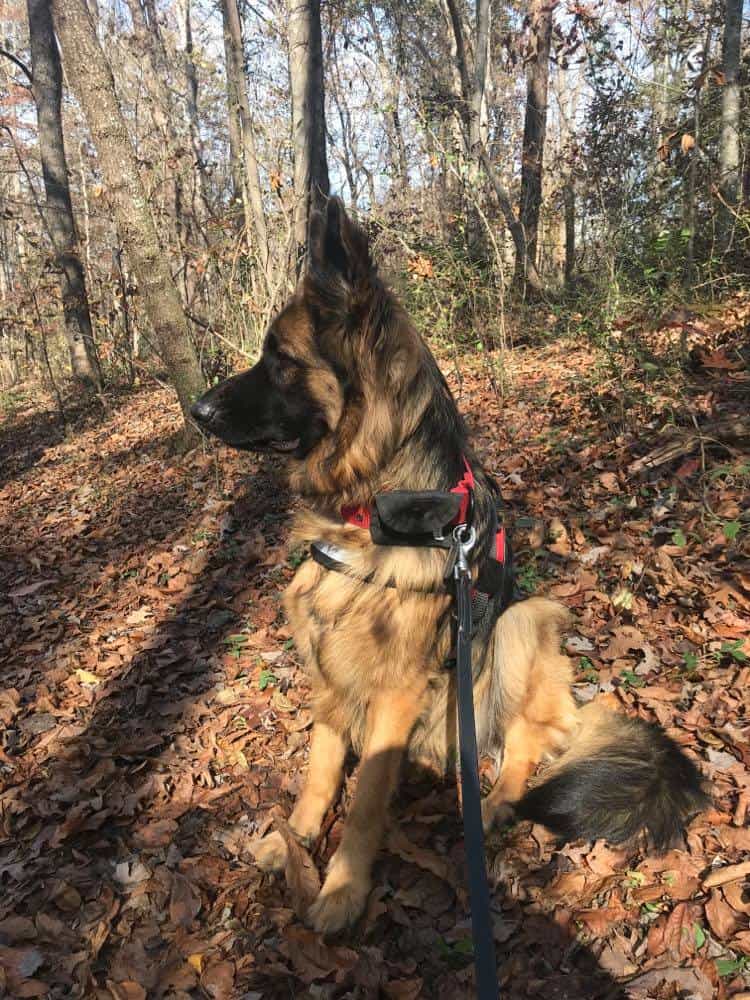 What are common health problems in German Shepherds?

When is a German Shepherd fully grown?

How many puppies can a German Shepherd have?

The usual litter size of a German Shepherd is around six to eight, but you can expect them to have anywhere from four to ten puppies in a litter.

How much exercise does a German Shepherd need?

How fast can a German Shepherd run?

German Shepherds are quick runners and can reach as fast as 30 mph. The quick running speed of the breed is one of the reasons why it’s preferred by many.

How do you groom a German Shepherd?

The coat of a German Shepherd doesn’t need trimming or clipping but should be regularly brushed. Skin problems may occur if not brushed and de-shed.

What is the average lifespan of a German Shepherd?

German Shepherds live 9 to 13 years. The health problems that affect their mobility such as elbow and hip dysplasia can affect the quality of their life and shorten their lifespan. Regular exercise and care will reduce these risks and contribute to a longer lifespan.