In this article, we will study the history of the breed, understand where the Australian Shepherd got its misleading name from, look at the characteristics of the breed, and answer some of the most frequently asked questions about Aussies. 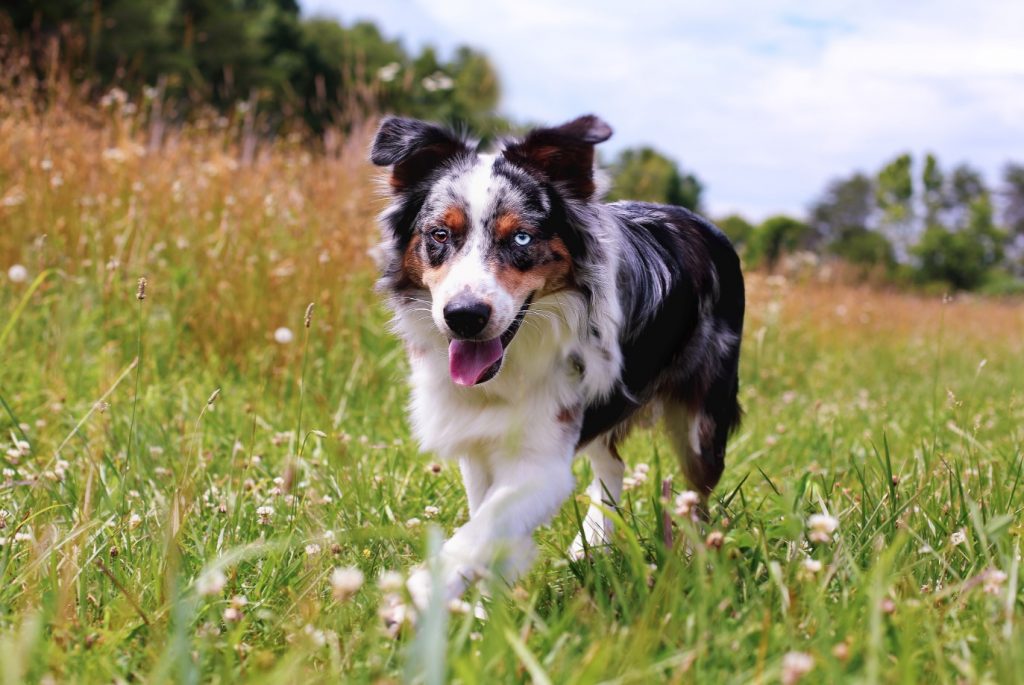 History of the Australian Shepherd

It is thought that the Australian Shepherd was bred and first used as a shepherd dog by the Basque people, a Southern European ethnic group. These shepherds immigrated to North America in the 19th and 20th centuries and brought their shepherd dogs with them. However, they did not directly move from the Basque region, but from Australia – as they already immigrated there before coming to North America.

Much of the breed’s development happened in the American West. The breeding for many generations focused on the most important aspects of a herding dog. They needed to have lots of speed, athleticism, agility, endurance while remaining intelligent, easy-to-train, obedient, and protective.

Current uses of the Australian Shepherd

While Australian Shepherds are still herding sheep to this day and work on farms, their highly trainable nature makes them adept at a number of tasks. They can be used as service dogs or even police and military dogs. Their high energy and stamina allow them to be extremely efficient in the tasks required by them. The breed is also a common choice for search and rescue.

Although Australian Shepherds have higher energy than most other breeds, they make excellent therapy dogs thanks to their intelligence and temperament. They are very much valued as family pets, but require plenty of space to roam freely and high-intensity exercises to keep them active. Australian Shepherds love to run and are one of the fastest among the breeds used for herding livestock. 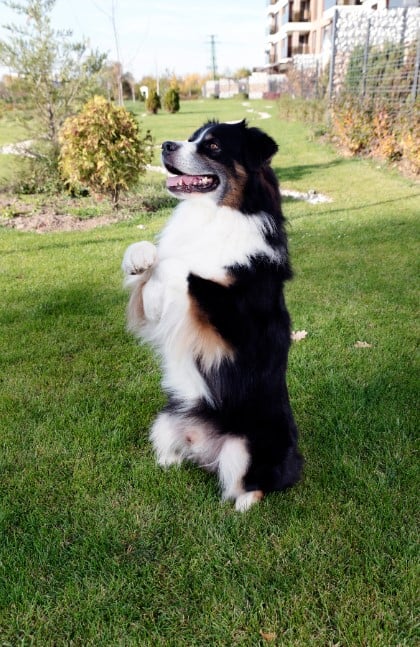 How much exercise does an Australian Shepherd need?

Aussies are highly energetic dogs and require daily exercise. A minimum of one hour of exercise is enough for most Aussies. They love high-energy exercises such as playing fetch or frisbee. They love going out for long walks, jogs or even runs with their owners. Exercising together with your Australian Shepherd helps to create a strong bond. 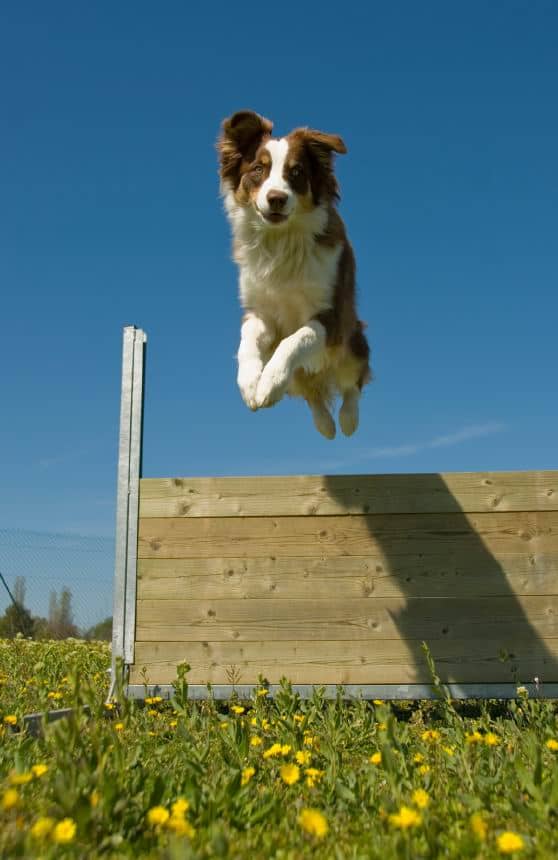 Why do they dock Australian Shepherd tails?

The tail of Australian Shepherds is usually docked within the first week after birth. This procedure is done for multiple purposes but the main two reasons are therapeutic and cosmetic. Aussies’ tails are also docked to prevent injuries.

How do you groom an Australian Shepherd?

Aussies have a thick double coat that can grow reasonably long. Always start grooming by brushing the coat and using scissors to cut excess hair. If you’re not comfortable using scissors to groom your Australian Shepherd, use dog clippers, but don’t cut too short as cutting deep can lead to the coat not growing back properly.

Should you trim an Australian Shepherd for summer?

How much should you feed an Australian Shepherd?

A breed that weighs mostly between 45 and 55 lbs, Australian Shepherds need to be fed enough food to maintain their naturally high levels of energy. For most Australian Shepherds, three to four cups of dry dog food per day should be enough. It’s important to monitor your dog’s weight – if it is gaining weight too quickly, it is a strong indication to reduce their food intake.

How often should you bathe an Australian Shepherd?