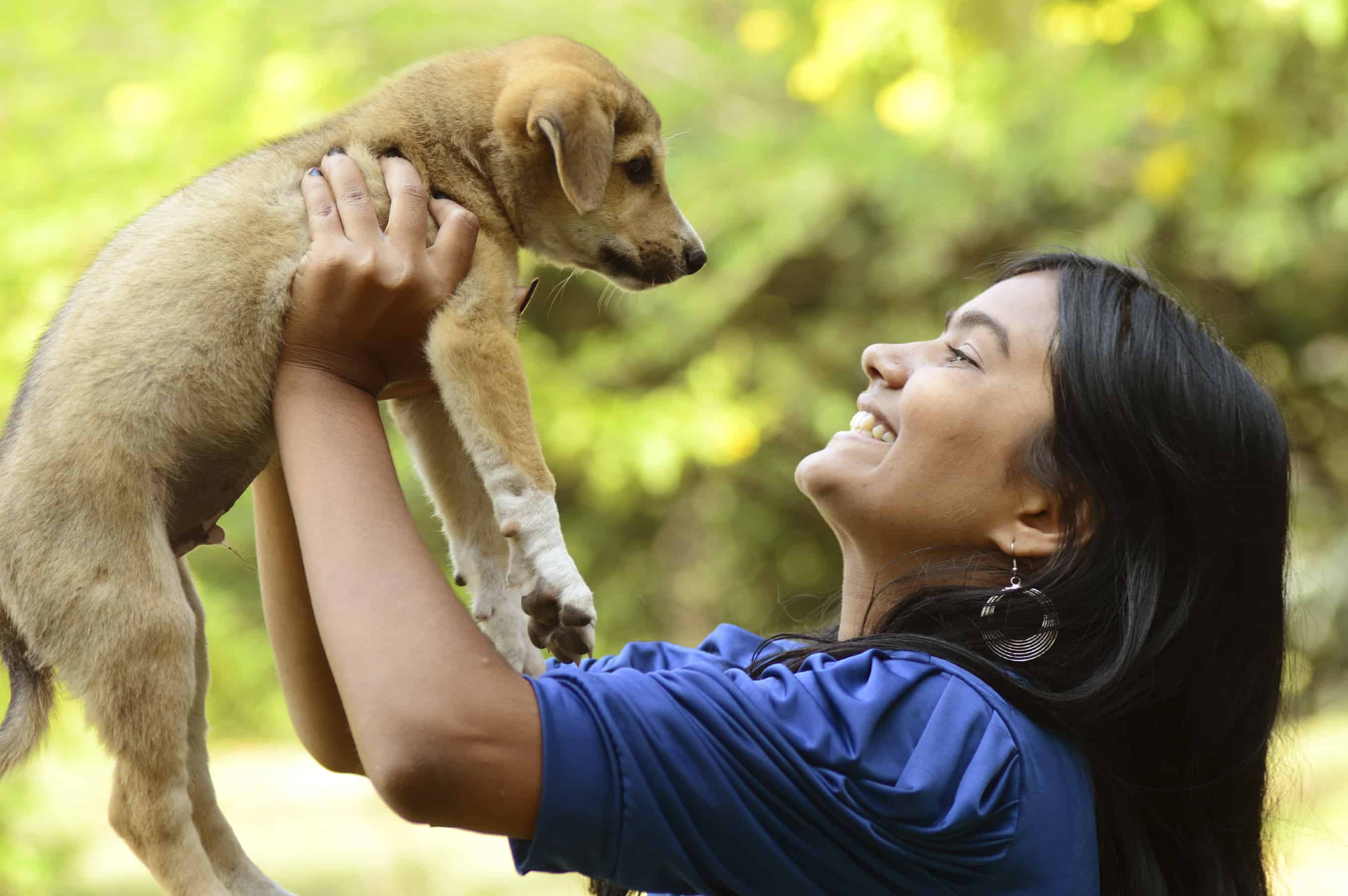 Dogs do have emotions

Animal behaviorists have always been fascinated about studying whether or not dogs and other animals have emotions. While some researchers conduct ongoing studies to find scientific evidence, regular folks like you and I could answer that question immediately with a resounding “Yes!”

All you have to do is look at them, watch them, and listen. Watch their faces change expression and their tail and body showing signs of communication in connection with people and other animals. Common sense can clearly show that what a dog displays on the outside tells an enormous amount of information of what’s going on inside.

Most animal behaviorists start their research with the thought of what it would be like to be a dog. Skepticism is the initial drive which these men and women spark their research with. They wonder if dogs and other animals actually “feel” anything inside. As you can probably guess, since you cannot place an emotion under a microscope, most scientists dismiss the idea.

However, as time goes on, more and more people are becoming less skeptical about the idea of dogs and other animals having emotions. For example, there are scientific journals that are considered prestigious publications who have reported such findings as rats experiencing joy, mice that have empathy, and elephants which feel grief. Now, with this information, it has clearly been founded that yes, your dog and mine, has emotions.

Now the big question is, why? Why have emotions evolved in certain species as adaptation tools to their environment? The answer could be in the possibility that these emotions have evolved to become somewhat of a “social sticky” which glues the bond between animals for a variety of social reasons. We know that emotions allow animals to be flexible and adaptable to their behavior through a variety of venues. An interesting study has reported that mice are empathetic, yet they’re also fun loving. Other reports show that iguanas seek pleasure, baboons become angry, and elephants – surprisingly enough – have flashbacks and post traumatic stress disorder. That’s not all, there are reports that fish are sentient and that otters show affection as well as grief.

Many researchers also concluded that animals which are living as companions to humans, especially dogs, can develop specific emotions due to our relationship with them. There are quite a few common emotional traits that are shared by both dogs and people alike.

As a dog lover, you understand your dog’s emotions and you only want the best for him. However, sometimes dogs can start expressing emotions for reasons you may not understand. For example, your dog may suddenly start scting aggressively or become extremely fearful of someone or something. At Highland Canine Training, we offer the solution to your problems through individualized, affordable classes. Whether your dog is in need of extreme behavior modification or some obedience to correct his jumping, call Highland Canine Training at 1.866.200.2207 or email us at training@highlandcanine.com