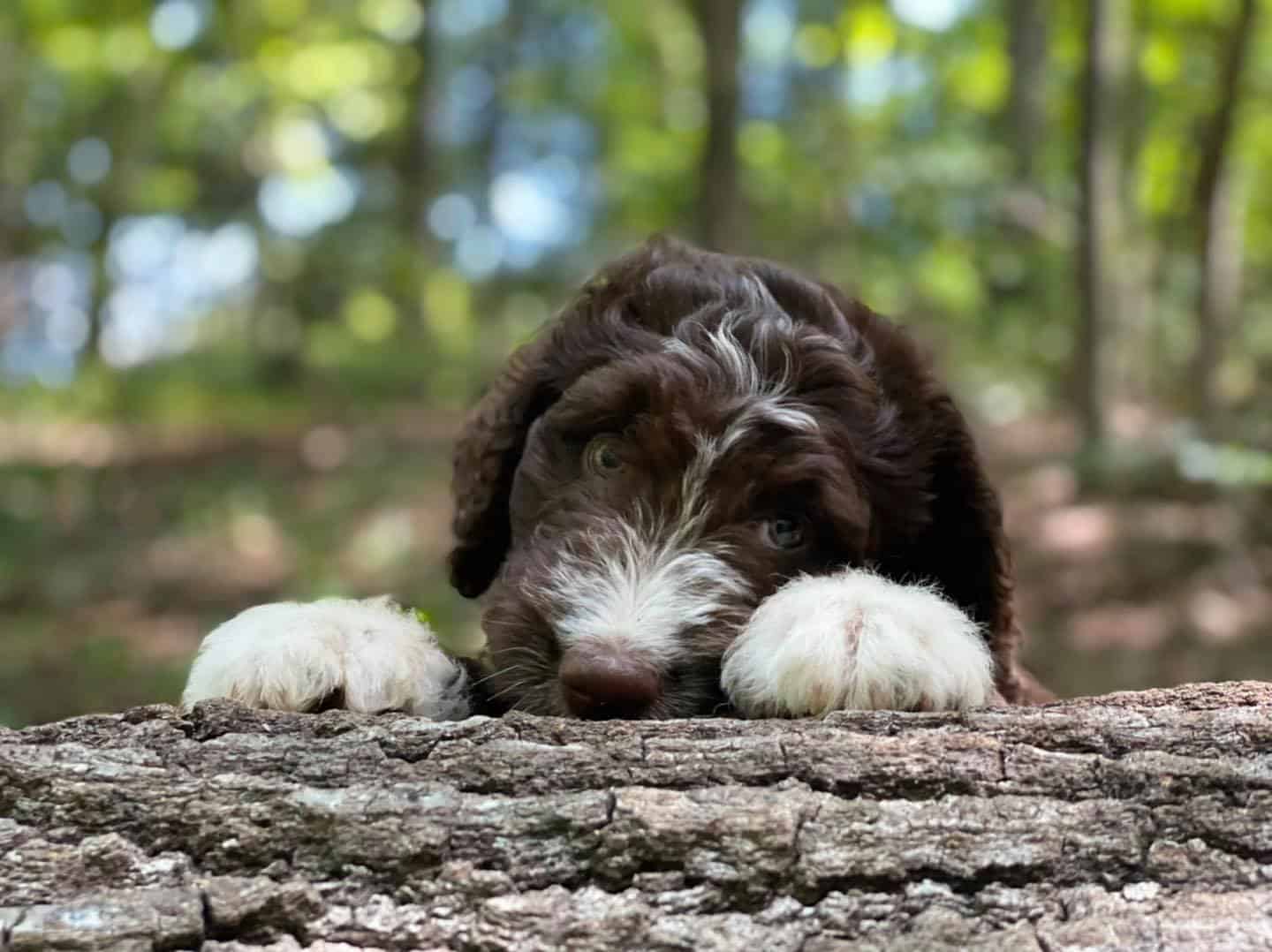 Varying in size, shape, color and coat, Doodles are everywhere with their quirky names – you’ve almost certainly heard of Goldendoodles, Labradoodles and Aussiedoodles.

In this article, we’ll take an in-depth look at Doodles, explain the generation classification, and discuss the traits of these mixed-breed dogs. We’ll also find out which type of Doodle is the most popular in the world!

What is a Doodle?

A Doodle is a mixed-breed dog. Essentially, to create a Doodle, you take a Poodle and mate them with another dog breed. The resulting puppies are Doodles. That’s where the unusual names for them originate – a Golden Retriever bred with a Poodle is a Goldendoodle. Names for Doodles can get confusing and make it harder to recognize the non-Poodle breed in the mix. For example, Poodle and Wheaton Terrier mixes are called Whoodles.

There are also the Poos. Although there isn’t an official naming convention, Poos are generally referred to smaller dog breeds bred with Poodles. Pomapoo (Pomeranian), Jackapoo (Jack Russell Terrier), Maltipoo (Maltese), Peekapoo (Pekingese), and Pugapoo (Pug) are great examples of this. However, there are still a few larger mixes that are named in this way, such as the Newfypoo (Newfoundland).

No matter how they are named, Doodles are Poos, and Poos are Doodles. They are the same – there is no difference between them, as both are portmanteaus of Poodles and a second dog breed. 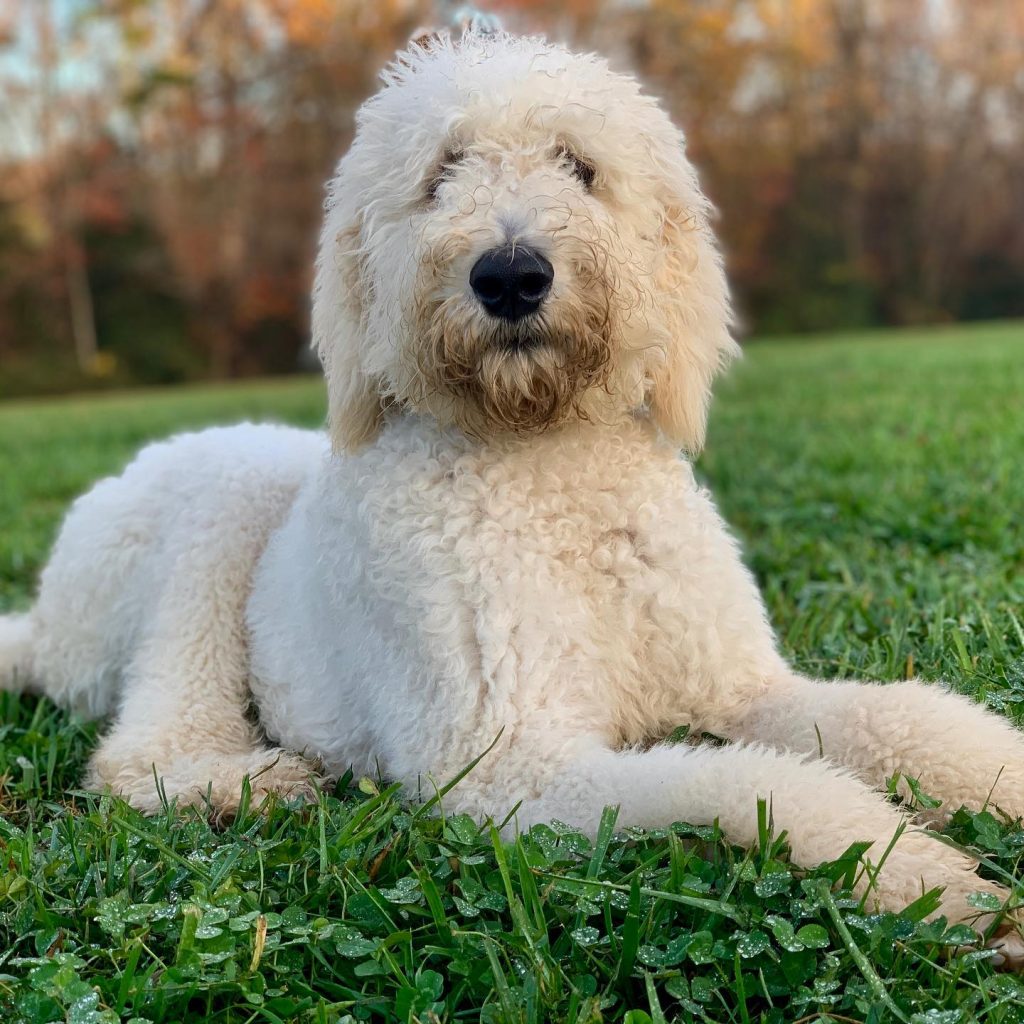 Are Doodles recognized by the AKC?

The American Kennel Club is the registry of purebred dogs in the United States. Because Doodles are not purebred dogs, even the most popular types of Doodles aren’t recognized by the AKC.

What are the most popular types of Doodles?

There are numerous types of Poodle mixes, but some Doodles are more popular than others.

We reviewed data from Google Trends for the twelve months from October 18, 2020 to October 17, 2021. Google Trends allows users to compare the popularity of different search terms.

We analyzed the worldwide popularity of over thirty types of Doodles to see which type was most commonly searched for. Here’s the list!

As you might expect, the Labradoodle and Goldendoodle were far ahead of their counterparts in this analysis. These types of doodle are commonly selected as service dogs due to their temperament, trainability, and the fact they are considered hypoallergenic. 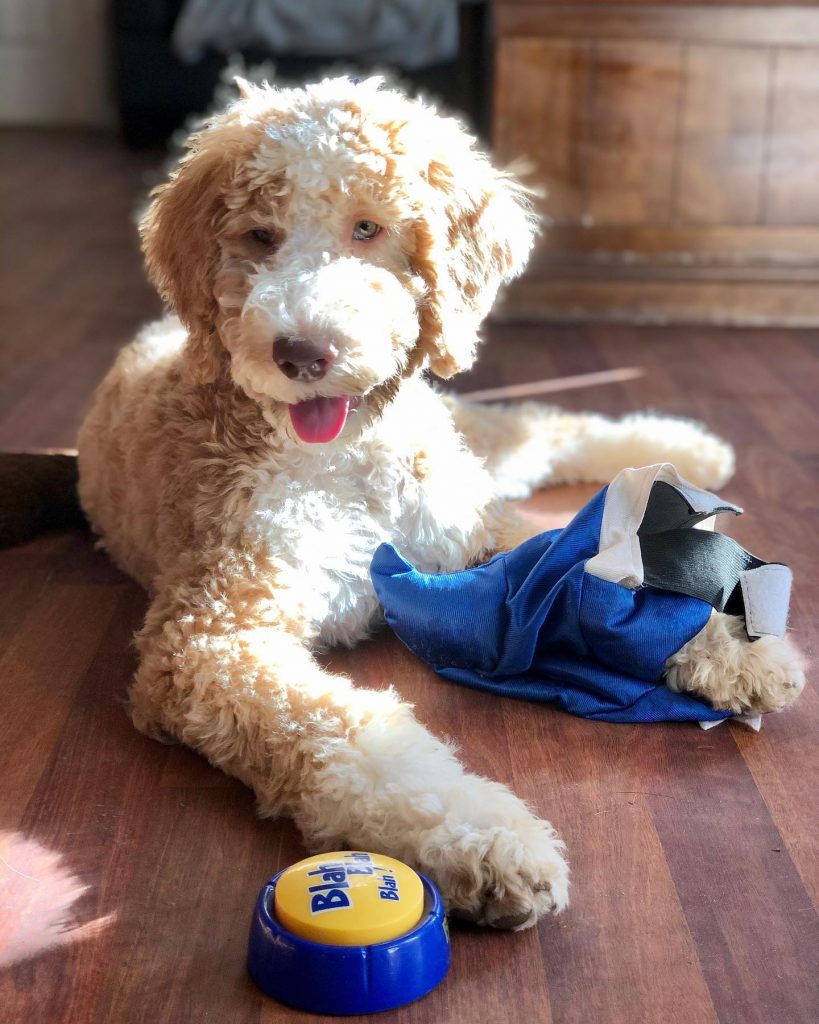 F1, F1b, F2 Doodles - what does this classification actually mean?

To better understand the generation classification, we need to start with P, which refers to purebred, or in other words, P Generation. Poodles are purebred dogs, and so are the dogs that are bred with them to get Doodles.

When two F1 Doodles are mixed, you get an F2 Doodle, meaning both parents of the puppy are F1 Doodles.

Breeding two F2 Doodles creates an F3 Doodle, identifying that both the parents and the grandparents of the puppy are Doodles. Beyond F3, Doodles are called multi-generational.

Although F1, F2 and F3 Doodles is relatively straightforward, the generation classification can get a little complicated. In this case, let’s take a Labrador Retriever and a resulting Labradoodle as our example.

The main reason Labradoodles or other Doodles exist is generally the hypoallergenic characteristics of their coats. You don’t always get them in F1, F2, or F3 Doodles, though.

The original breeder of Labradoodles, Wally Conron, had very few F1 Labradoodles that were hypoallergenic. In order to increase the chances of the offspring having hypoallergenic coats, F1 Doodles are bred with another Poodle. As a result of this breeding, we have F1b Doodles, having 75% of their genetics from Poodle, and in this example, the other 25% from Labradors.

This type of breeding is known as backcross breeding, and breeders can take this even further by adding another backcross to an F1b Doodle with a Poodle. These Doodles are known as F1bb.

Backcross breeding can also happen the other way around. Rather than seeking the attributes of Poodle, an F1 Doodle can be bred with Labrador Retriever to increase the chances of the puppy having more Labrador characteristics than Poodle. However, Doodles bred this way don’t carry the same classification names as the others.

Why are Doodles popular?

Doodles are an especially popular choice among people who are allergic to pets. Though not all dogs are completely hypoallergenic, Doodles don’t produce as much dander and shed significantly less than other dog breeds. The hypoallergenic nature of Doodles comes from Poodles, but not everything that comes with a Poodle is for everyone; some owners prefer dogs with different characteristics, and the versatility of Doodles offers just that. This is part of the reason why Doodles are such popular dogs. Want a dog that has the traits of a Golden Retriever, without the shedding and dander? Well, a Goldendoodle might be the answer.

Many of the traits that make Poodles great family pets are found in Doodles. They are easy-going and typically tolerant of children, making them an excellent choice for families with children that are allergic to pets. Other than being patient with kids, Doodles are very athletic and can keep up with active children in the household.

Another reason that makes Doodles favorable is the versatility they bring. Doodles come in all shapes, sizes, and colors. As they are crossed with different breeds, the possibilities are endless. With so many types of Doodles, it’s almost certain that one of them would suit your preference or needs. 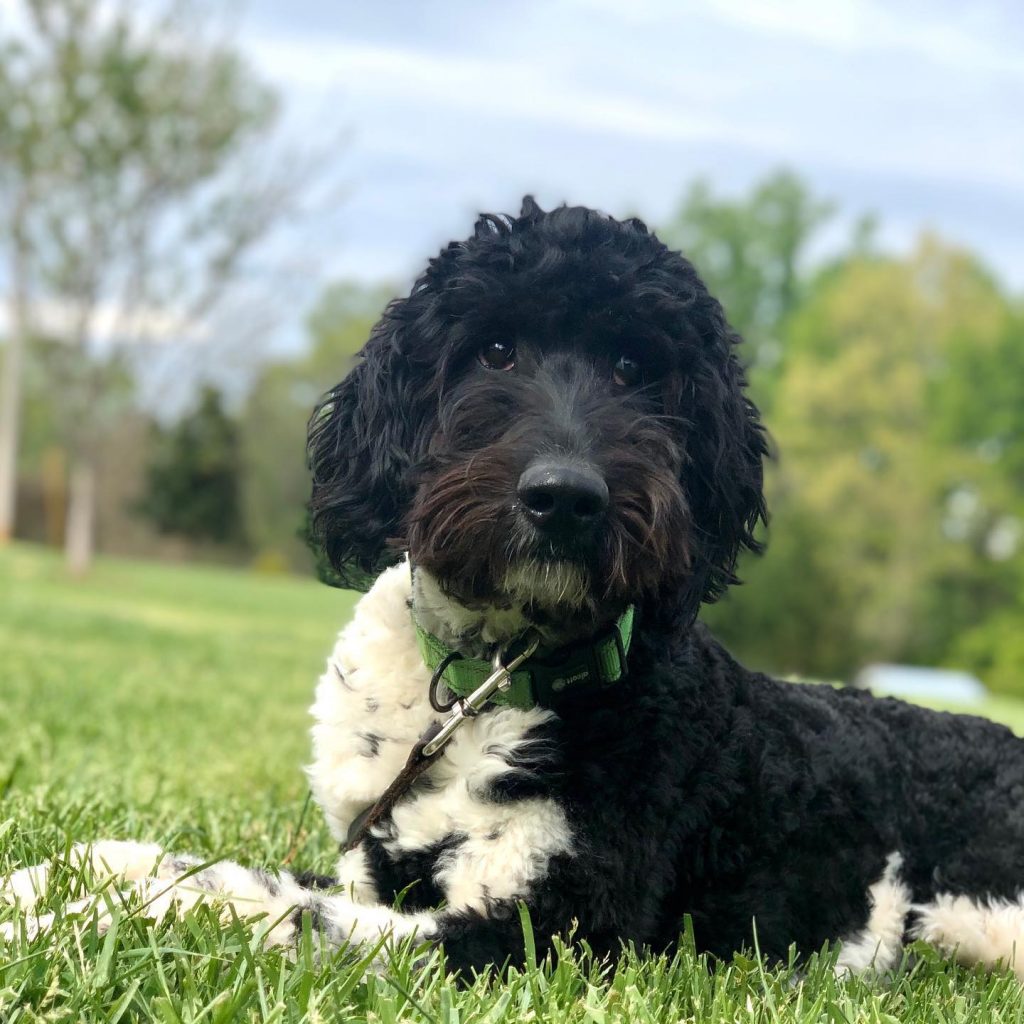 Are Doodles easy to train?

Doodles are generally easy to train as they tend to be extremely intelligent. However, training an intelligent dog can have its downsides as well. Smart dogs certainly pick up commands quickly, but they can also test the owner at times. A Doodle can get bored easily and start to push boundaries and find their own entertainment. They may need more attention from their owners, which can mean more time is spent training them.

Overall, Doodles are very trainable, but training can certainly get tricky. Teaching them basic commands like sit, come, or stay won’t be difficult, and they can even understand them in the very first few tries. The more complicated commands may require less work for them to understand and comply than other breeds, but at times, they might test their boundaries (and your patience).