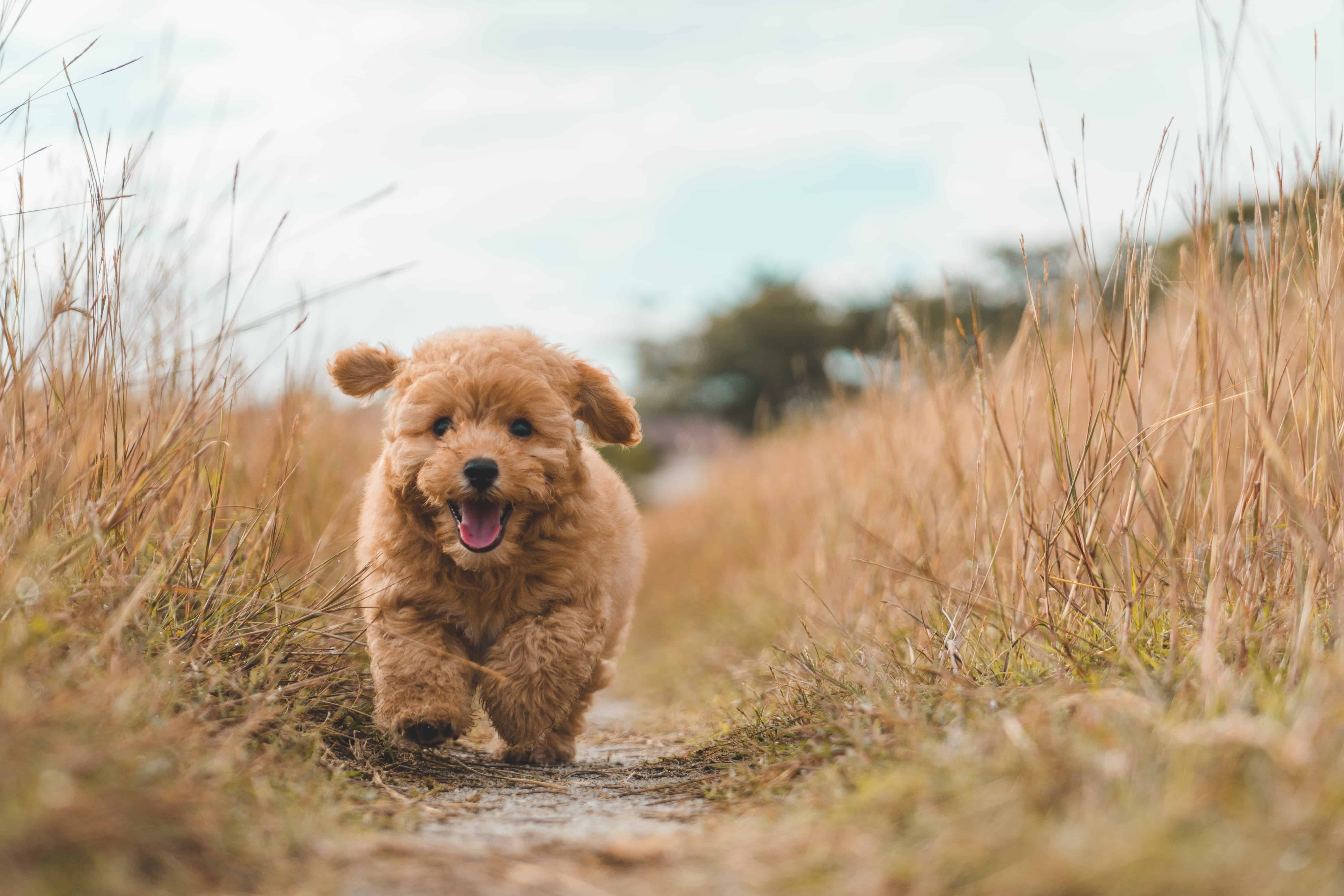 With floppy ears and fancy haircuts, the Poodle is one of the most popular dog breeds in the world. The breed’s intelligence, athleticism and loving nature make it a suitable breed for families with children or adults looking for companionship.

The iconic coat that popularized the breed has been prominent in TV shows and movies on numerous occasions. Don’t let the Poodle’s appearance fool you, though – beneath their fluffy exterior, there is a very athletic body that loves pushing the limits.

The ideal dog breed for people with pet allergies, the Poodle is usually energetic and friendly. Even though Poodles are sometimes considered high-maintenance dogs, their efforts to be a part of your life will make you forget all of that! In this article, we’ll look at some of the characteristics of the Poodle, in addition to examining the history of the breed. 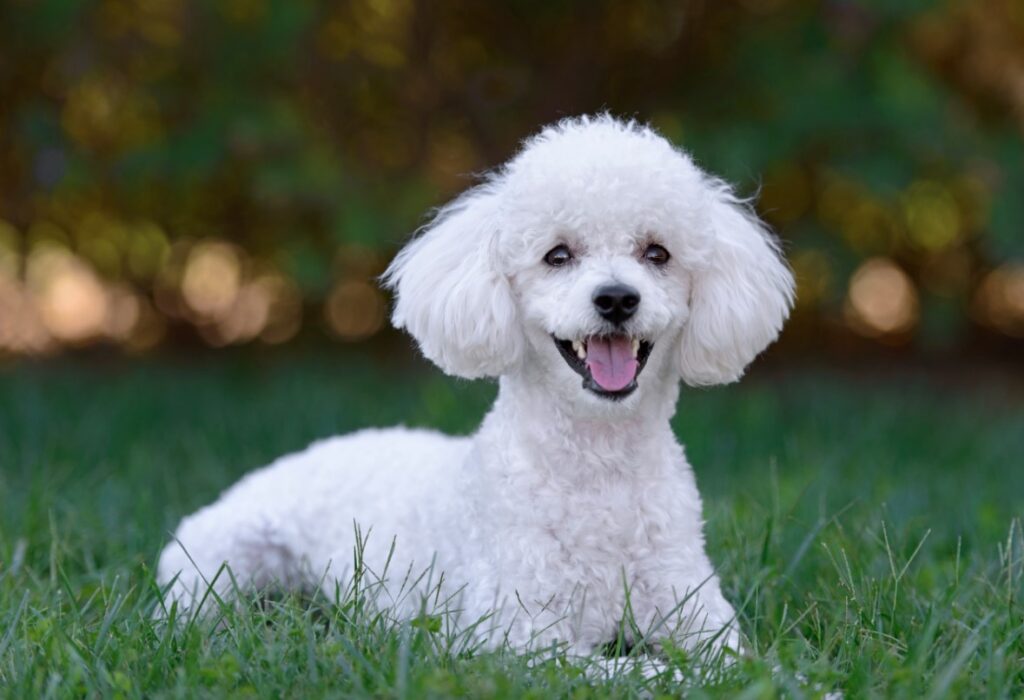 History and current uses of the Poodle

It is thought by cynologists (scientists that study domesticated dogs) that the Poodle originated in Germany. It is even hypothesized that the breed existed as far back as in the Middle Ages.

The Poodle is believed to be Germany’s water dog. The similarity of the words ‘pudel’ or ‘pudelin’ in German – which roughly translates to ‘splash’ – is among the evidence that supports the breed’s origins in Germany. In addition to this, there are various paintings and other artistic works of several German artists that depict dogs that resemble the Poodle type dogs.

Contrary to this, some cynologists contend that the Poodle’s roots are in France. The French named the breed Caniche (which means duck dog), and conclude that the Poodle is the descendant of the extinct Barbet dog breed. A portion of cynologists also claim that the Poodle originates in other places such as northwest Africa or Russia.

Regardless of where the Poodle originated, both the German and French names of the breed indicate the Poodle as we know it today was utilized by waterfowlers. Their distinctive coat supports this, as the dense hair around their chest provides insulation for their organs in cold water, and the sheared hindquarters reduce friction that enables them to swim faster.

In the late 1800s, the breed’s intelligence and athleticism resulted in the breed being used in circuses. Poodles quickly became one of the most favored dog breeds in circuses, especially in France. Over time, French dog breeders began selectively breeding the Poodle to make the breed more petite, primarily as smaller dogs were easier to transport and handle in shows. After the smaller varieties of Poodles appeared in circuses performing all varieties of tricks and proving their intelligence, the breed became a remarkably popular companion dog. 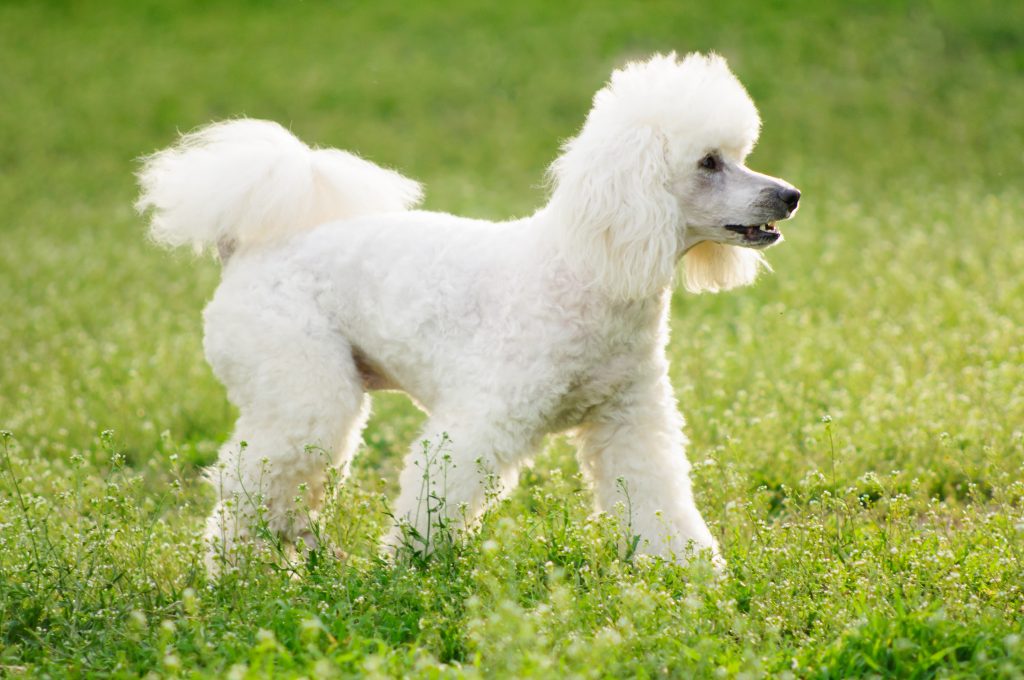 In efforts to make the Poodle even smaller, breeders again bred the Miniature Poodle down in size to create the Toy Poodle. However, these efforts were initially a failure. Distorted and disfigured pups were frequently seen as a result of irresponsible breeding. As time went on and improved breeding practices were adopted, the toy-sized replica of the Standard Poodle became a success. In later years, attempts to create an even smaller Poodle were made, but these were swiftly abandoned after continuous genetic abnormalities seen in the pups.

Currently, there are three Poodle types recognized by the AKC – the Standard, the Miniature, and the Toy. The last of the Poodle variety is the Moyen (Medium) Poodle. Although it isn’t acknowledged by many kennel clubs (including the AKC), the Moyen Poodle is recognized by the Fédération Cynologique Internationale. The American Kennel Club recognized the Standard Poodle in 1887.

Nowadays, the Poodle has been tasked with a wide variety of jobs. It is easy to spot them in public being used as service dogs, guide dogs, or assistance dogs for people with disabilities. In addition to serving people, they are also a favored breed among truffle hunters. The Poodle’s strong sense of smell and their stamina over long distances make them the perfect breed for this task. Poodles are definitely not a lazy breed, as they have proven themselves to uphold many jobs and continue to be one of the most preferred and versatile breeds for working dog purposes. 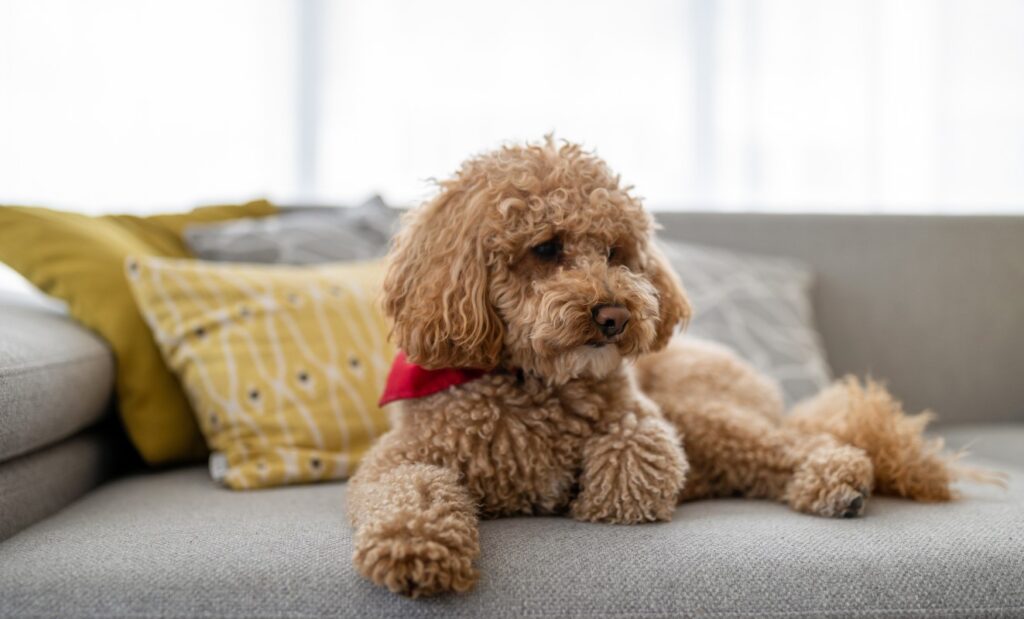 How do you groom a Poodle?

Poodles should be brushed daily to remove mats, loose hair, and dirt. If the coat has formed mats, rubbing a little cornstarch into them before separating them with your fingers can make the process quicker. Daily grooming is a must in Poodles due to their thick, dense and curly coat. Neglecting daily brushing can lead to problems where a Poodle may have to be trimmed for the hair to grow back.

How much does a Poodle weigh?

What is the lifespan of a Poodle?

On average, Poodles live between 12 and 15 years. A happy home and adequate care can lead to a longer life. Providing your Poodle with enough daily exercise will not only keep their body healthy but keeps them mentally stimulated, too.

How many puppies can a Toy Poodle have?

How do you clean Poodle ears?

Poodles have long, floppy ears that get bigger as they grow; because their ears don’t stick up, the airflow is restricted and the ears can become dry. Just as it is essential to groom your Poodle, you must clean both ears regularly, as dogs with floppy ears are more prone to ear infections.

Start cleaning your Poodle’s ears by trimming the excess hair around the ears and plucking the hair inside. Dab a cotton ball or cotton swab with some ear cleaning solution. Gently clean the inside of the ear, ensuring you cover around the creases, but not going too deep. It is recommended to clean a Poodle’s ears once a week.

How much exercise does a Poodle need?

Poodles are an athletic breed needing about an hour of quality exercise per day. They love playing games of fetch and running with their humans or other dogs. A lively walk around the local neighborhood or park can also provide the daily exercise a Poodle requires.

How often should you bathe a Poodle?

Bathing a Poodle will not only keep the dog clean, it will also make daily brushing a lot easier. Poodles should be bathed once every two to three weeks. If a Poodle gets dirty, bathing using a high-quality shampoo and conditioner is the best option.

How much should a Toy Poodle eat?

A dog as small as the Toy Poodle should only eat about 1/2 cup of dry food every day. Split the food into however many meals you are providing each day, which should be two to three.